Boris Johnson unveils a picture of his model buses - The Canary 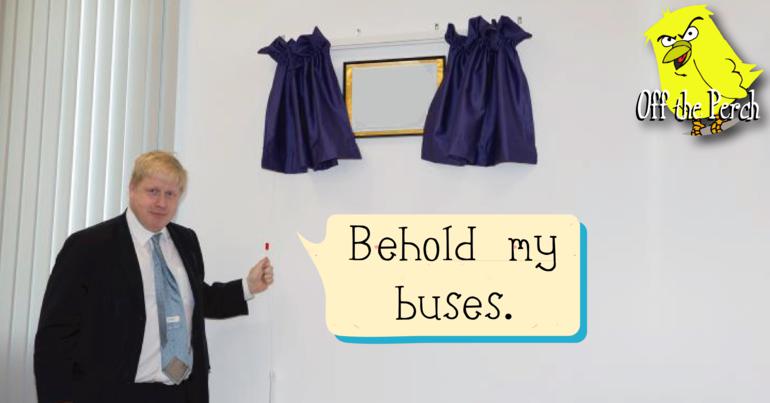 In a recent interview in which it looked suspiciously like he made everything up on the spot, Boris Johnson claimed that he crafts ‘model buses’.

This isn't even funny. He's a lying fucking prick who's taking the piss out of the whole country. https://t.co/KmtH9C7Fiw

Johnson has now unveiled an image of his buses. Sort of.

Most people looked at the video of Johnson lying about making buses and thought:

Why would he lie so brazenly about something so stupid?

They then proceeded to talk about it at length – largely at the expense of discussing his other faults. Johnson has now followed this up by unveiling a picture of… nothing.

They then went away and wrote several articles about the unreal buses – none of which were read by the people who’ll be voting for Johnson, as they only care about Brexit anyway.

One commentator did notice the underlying issue, and penned an article titled:

Jesus Christ, what’s the fucking point, and is anything even real anymore?

The article wasn’t published because it was just 5,000 question marks peppered with the occasional ‘head exploding’ emoji.

Although he clearly is, a commitment to ‘alternative facts’ might not help Johnson in a general election. For a start, he doesn’t have the energy of Trump – coming across more like Mr Magoo than Mussolini. Beyond that, Trump promised a brand new, hideous world, whereas Johnson is proposing:

To get on with Brexit and then… you know… just sort of do a thingymaflip… and that.

This will be true for about a day or two, and then it will be back to just being the other story because of the weight of historical coverage.

Maybe they are doing this, but the Tory members he's appealing to don't care about the '£350m lie', so not sure what their gain is? https://t.co/tFOsAZeaFN