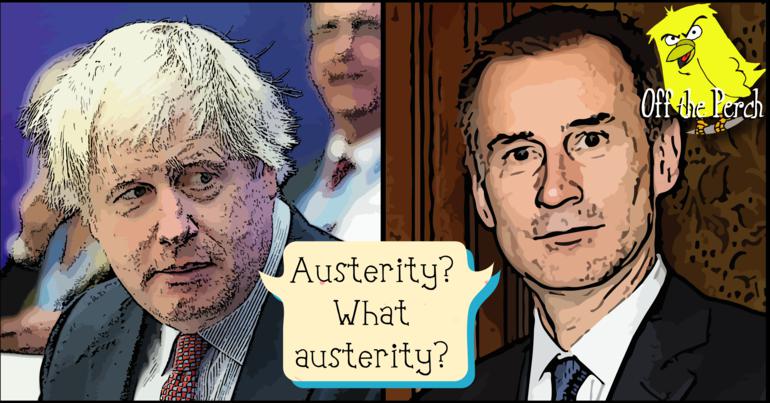 Many people are worried about the effects of no-deal Brexit – primarily because we know what they’ll be. The PM hopefuls Jeremy Hunt and Boris Johnson have tried to paper over people’s concerns by offering up some cash. This creates a problem. Because if we have money for a no-deal Brexit, how come we don’t have money for un-idiotic things?

Show us the money

Hunt defended the promise, claiming Philip Hammond has amassed a ‘Brexit war chest’. When asked where he’d got the money to amass anything, Hunt said:

It was pointed out to Hunt that we’ll also need a lot of money for this war with Iran he’s been promoting, to which he replied:

Ah, well we’ll get that money from the ‘war-war chest’. And we got the money for that from… a second tree… which also isn’t magical.

When asked why we couldn’t spend this money on the NHS instead of fighting America’s wars for them, Hunt said:

Because America’s saving up to buy the NHS.

Realising he’d said too much, he added:

He then said the only four words that actually matter in this Tory leadership contest: