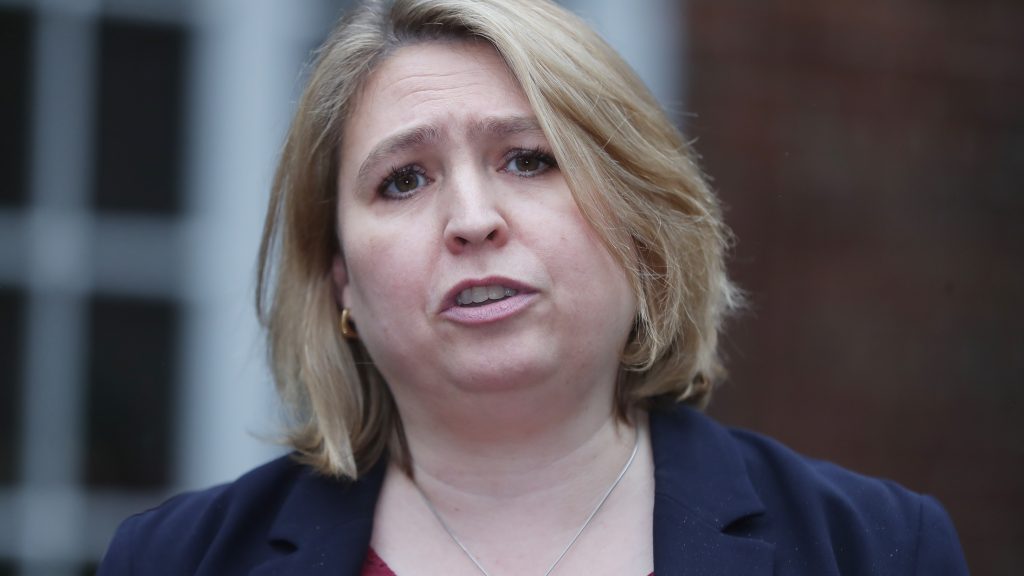 The Northern Ireland Secretary has refused to be drawn on speculation around her own future as she insisted she remained focused on talks to restore powersharing.

Karen Bradley also declined to indicate whether the all-party process of engagement, now entering its ninth week, will be parked for the sensitive summer marching season.

Bradley, who has notably declined media interviews since the latest talks process began, fielded a number of questions on Monday.

Seen as a close ally of Theresa May, there has been speculation Bradley will be replaced once Boris Johnson or Jeremy Hunt become prime minister.

Asked about her future on Monday, the Conservative MP told PA: “Today I am focused on getting the executive restored as soon as I possibly can.”

Pressed whether changing secretaries of state could potentially destabilise the Stormont talks, she added: “Nobody wants to answer questions on their own job and I won’t be asking you any questions about your job either.”

There had been an expectation that the latest round of talks would be paused at the end of June, acknowledging the challenges of striking a political deal around the often volatile marching season.

Bradley said the talks were continuing this week.

Asked whether the process would be parked, she said: “I don’t want to get into the process and the progress – what I am determined to do is deliver this as soon as I can.”

The last DUP/Sinn Fein-led powersharing coalition imploded in January 2017 when the late Martin McGuinness quit as Sinn Fein deputy first minister amid a row about a botched green energy scheme.

The fallout over the Renewable Heat Incentive (RHI) was soon overtaken by disputes over the Irish language, the region’s ban on same-sex marriage and the toxic legacy of the Troubles.

The Secretary of State declined to state whether the previous eight weeks had moved the parties any closer to compromise on the outstanding sticking points.

“We are into week nine now,” she said.

“We have made good progress, we have worked on an all-party basis, we have had working groups that have made real progress in finding areas of consensus but we always knew that difficult areas of difference would be difficult for the parties and we are working to try to find a way to bridge the gap.”

She added: “We have always been clear – the risks to the parties in Northern Ireland don’t get easier the further that we go.

“I now want to see us find a way to bridge the gaps.”