Arrested captain of humanitarian rescue ship gets around €850,000 in crowdfunding donations - Canary 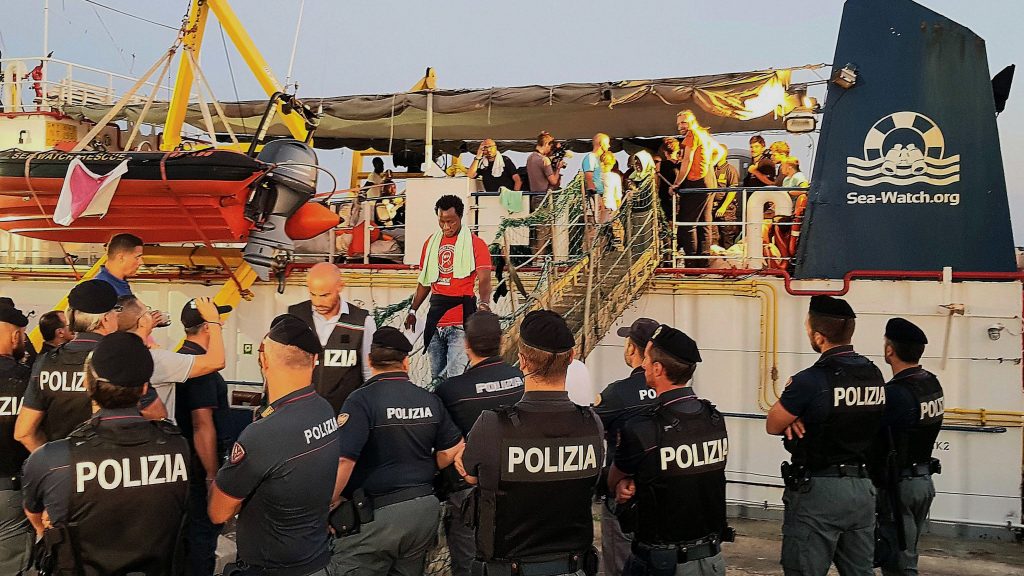 Thousands of people have donated money to cover the legal costs of a German woman arrested after the humanitarian rescue ship she captained docked in Italy in defiance of the country’s interior minister.

German television celebrities had appealed to the public to financially support Carola Rackete, soliciting more than €300,000 by early on Sunday. This soon rose to over €500,000. The figure stands at around €850,000 at the time of writing.

According to the Independent, a “parallel crowdfunder created by a factory worker in Milan has raised an additional £366,000 in four days, smashing its £312,000 target”.

Saving people at sea is a moral and legal duty. The people who do it should be honored not arrested.

We stand by our captain #CarolaRackete. She was placed under house arrest in #Lampedusa, after having brought 40 people safely into port with the #SeaWatch3.

All she kept asking: could the people leave the ship?
All we are asking: #FreeCarola! #freeCarolaRackete pic.twitter.com/NHQFesyZ8w

Rackete was arrested early on Saturday after her ship, the Sea-Watch 3 with 40 rescued people on board, hit an Italian border police motorboat that was blocking Sea-Watch 3’s path to the dock in Lampedusa. No one was injured but the motorboat’s side was damaged.

If convicted, the 31-year-old risks up to 10 years in prison. She also risks a fine as high as 50,000 euros under a new Italian law cracking down on private rescue vessels.