Tens of thousands of Sudanese protesters hit the streets, staying firm in opposition to military rule - The Canary 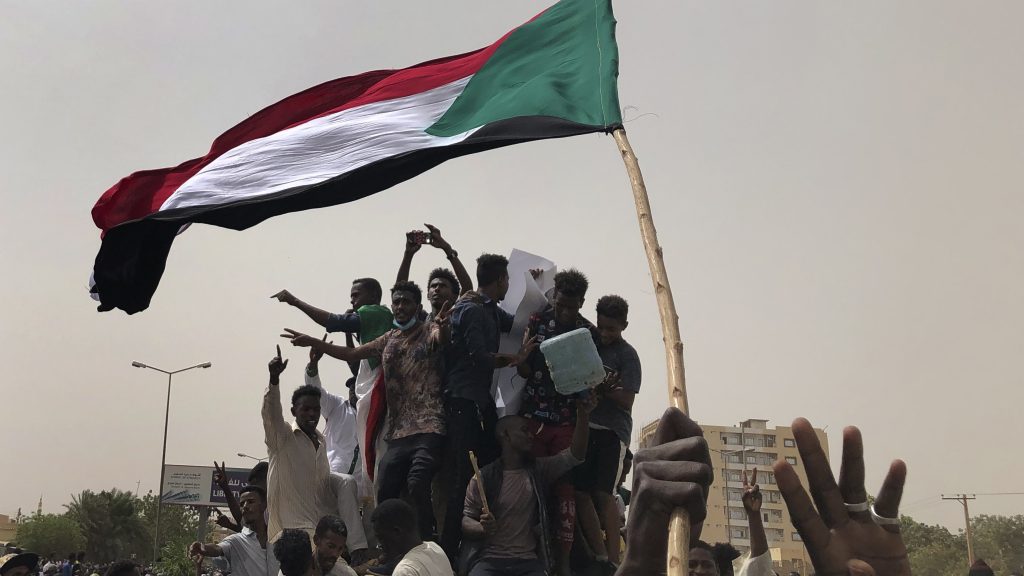 Tens of thousands of protesters have taken to streets in Sudan calling for civilian rule nearly three months after the army forced out long-ruling autocrat Omar al-Bashir.

The demonstrations on Sunday came amid a weeks-long standoff between the ruling military council and protest leaders.

Talks between the two sides over a power-sharing agreement collapsed at the start of June when security forces violently broke up a protest camp in Khartoum.

The ensuing clampdown killed at least 128 people cross the county, according to protest organisers.

The marches also mark the 30th anniversary of the Islamist-backed coup that brought al-Bashir to power in 1989, toppling Sudan’s last elected government.

Crowds gathered at several points across the capital and Omdurman before marching toward the homes of those killed since the uprising began.

The protest movement erupted in December, triggered by an economic crisis. Women and trade unions have been at the forefront of the protests.

The protesters remained in the streets after al-Bashir was overthrown and jailed, fearing the military would cling to power or preserve much of his regime.

Protesters stay in the streets despite risks

Video clips showed protesters running away from security forces in the streets of Khartoum and seeking shelter from clouds of tear gas.

On a highway leading to Khartoum’s international airport, a convoy of troops and riot police allowed some demonstrators to pass through as they headed toward the house of a protester who was killed earlier this month.

The protester’s mother was standing outside and joined the demonstration. They waved Sudanese flags and chanted slogans calling for civilian rule.

Mohammed Yousef al-Mustafa, a spokesman for the Sudanese Professionals’ Association (SPA), a leading protest organisation, told the Associated Press that security forces used tear gas to disperse protesters in Omdurman and the district of Bahri in the capital.

He said protests also erupted in Atbara, a railway city north of the capital and the birthplace of the uprising that led to al-Bashir’s ouster.

The Sudan Doctors Committee, the medical arm of the SPA, said a protester in his 20s was shot dead in Atbara.

Khaled Mohi, a member of the committee, said another protester was wounded in Khartoum.

The SPA later called on protesters to march on the Nile-side presidential palace in Khartoum, an escalation that could lead to clashes with security forces there. 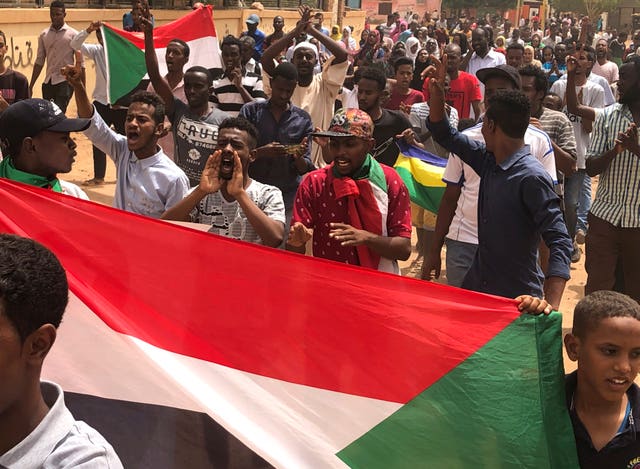 “Guardians of the revolution”?

General Mohamed Hamdan Dagalo, deputy head of the military council, said the generals want to reach an “urgent and comprehensive agreement with no exclusion”.

“We in the military council are totally neutral,” he told a gathering of army supporters.

“We are the guardians of the revolution. We do not want to be part of the dispute.”

Dagalo, better known as Hemedti, is the leader of the Rapid Support Forces (RSF). This paramilitary group was reportedly responsible for the slaughter of protesters at the start of June.

The African Union (AU) and Ethiopia have meanwhile stepped up their efforts to mediate an end to the crisis and reach a deal over setting up a new transitional government. Earlier this week, they extended a joint proposal.

The generals and the protesters voiced their approval but did not immediately restart negotiations.

The military council said on Friday that it was ready to resume “immediate, serious and honest” talks to end the political stalemate.

However, the Forces for Declaration of Freedom and Change, which represents the protesters, said talks could only begin once the military had officially ratified the AU-Ethiopian proposal.