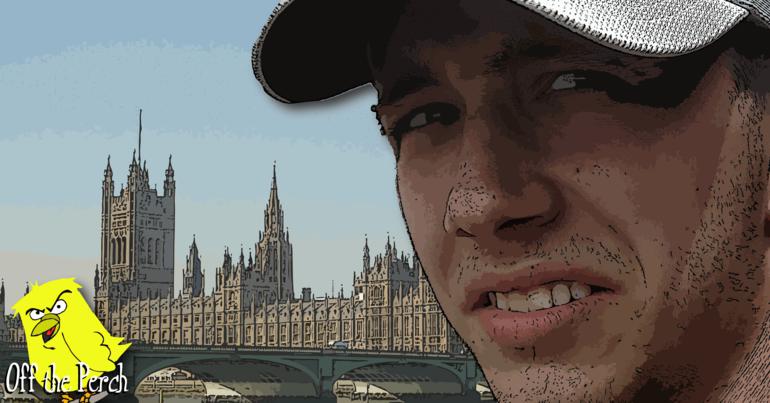 We’ve known for some time that Boris Johnson will almost certainly be the next prime minister. We’ve known, but let’s be honest – we haven’t believed it. How could anyone accept something so ridiculous?

Now – as the coronation date draws near – the dreadful idea has finally sunk in.

Off The Perch spoke with some of the shell-shocked people on the streets. One man told us:

The past nine years have seen Britain becoming increasingly – let’s be forthright – fucked. The answer to the million and one problems we face is not Boris Johnson. The guy’s directly responsible for half the shit that needs solving, and partially responsible for the rest.

When Cameron and May got the job, they seemed halfway competent. You know – if you squinted a bit and only paid attention to the media. Johnson doesn’t even come across well in the gutter rags that support him. Imagine how much worse he’s going to be at actually doing the job!

A non-binary person told us:

I don’t think he’ll be the worst PM we’ve ever had, but only because he won’t have time. My guess is he’ll get the job; accidentally declare war on New Zealand; have a complete nervous breakdown; find himself running naked through Luton, and then call a general election. All in all, I reckon he’ll be PM for about 45 minutes.

Although it’s finally sunk in that Johnson will be PM, it hasn’t sunk in how bad he’ll be. It probably won’t until his first fuck up.

In other words, we won’t have long to wait.