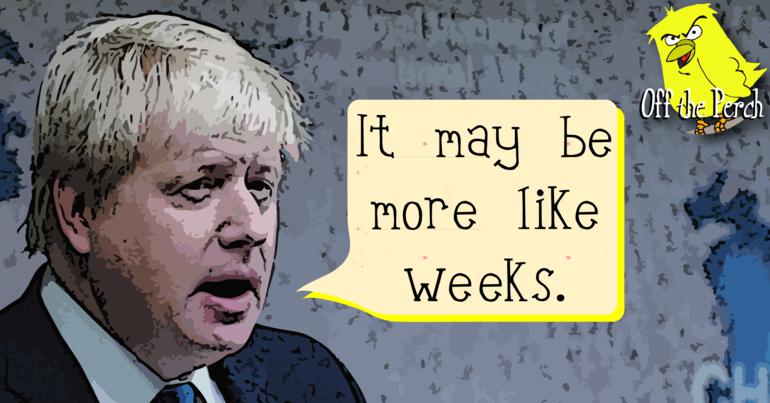 For years now, the Tories have been cutting police numbers while simultaneously creating the sort of horror-society that leads to more crime. While the former is what we should aim for, it doesn’t really work when you do it alongside the latter.

Boris Johnson is planning to hire lots more police. He’s also planning to ramp up the horror-society conditions we’ve been living through.

The big question is why?

Sorry, not why. The big question is when?

When is Johnson expecting society to collapse?

As it turns out, it’s within weeks.

As Johnson himself explained:

If Britain got through World War II, we can certainly survive no-deal Brexit. We just need to go onto a war footing. That’s why we’re thinking of the public as the equivalent of the Nazis and the police as the plucky British army.

We’re actually thinking about re-commissioning the spitfire to replace all those water cannons I bought then never used. There’s nothing like a good blitzkrieg to bring people together.

Theresa May’s attempts to move towards a police state were always thwarted by her own stinginess. Johnson is at least smart enough to realise that a police state requires – and this should be obvious – police.

Hopefully, the public realises that they can vote for someone else as soon as there’s another election.