Brexit is merely an arm of the Tories' class war, and it's time Labour inflicts a killer blow [OPINION] - The Canary 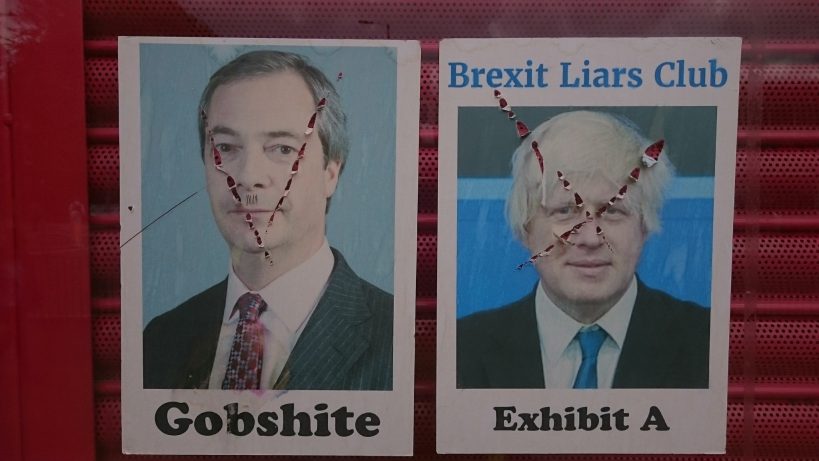 I did not vote Leave. Not because I have any love for the EU bureaucracy. But because anything backed by shits such as UKIP’er Nigel Farage, or far-right Tory liars such as Boris Johnson, Michael Gove, Andrea Leadsom and Liam Fox, is suspect to say the very least.

It’s been said Labour had little choice but to accept the result of the 2016 EU referendum, even though it was not binding nor won by a significant majority. But there is now an opportunity for Labour to reflect the change in public mood and even abandon Brexit altogether. If that happens, there will of course be howls from Leavers, backed by their hostile tabloids.

If Labour adopts this stance, first it would need to exploit every opportunity to vote the government down in the Commons. Should the Tories lose a vote of no confidence, an early general election would likely follow.

For the Tories, Brexit is merely an expansion of their ongoing class war. With the main beneficiaries likely to be those businesses or Leave backers and Brexiteers who hide their wealth offshore.

Indeed far-right Tories have planned a ‘no deal’ Brexit from the outset. Ultimately they want to maximise profits by eroding workers’ rights, consumers’ rights [pdf], and environmental protections. Meanwhile, we have seen a fall in sterling, the consequential rise in prices, and the haemorrhaging of much needed EU labour. And we have also witnessed the massive rise in hate crimes and xenophobia.

So far in this scenario, the far-right is winning. And if a Tory Brexit is allowed to proceed further we could see more years of cutbacks and higher prices, as well as poverty, homelessness, suicides, and the decimation of the National Health Service and social care.

The public is wiser

The narrow majority who voted for Brexit may well have been influenced by the lies and disinformation that so characterised the referendum campaign. The vote may also have been skewed by the deployment of thousands of Twitter bots. And who may have paid for those bots is now under investigation. As are the activities of Vote Leave, which paid millions of pounds to AggregateIQ, a firm that specialises in “audience persuasion”. People are also scrutinising the source of funds donated to and used by Leave.EU in their campaign.

But the public is now much wiser to Brexit than they were when the binary vote was cast. So it’s not surprising that regions like Cornwall, or Leave towns like Hull and Grimsby, are so fearful about their economies after Brexit.

Or that the Organisation for Economic Co-operation and Development has issued dire warnings on a post-Brexit economy.

The Brexit negotiations have gone nowhere. And the refusal to publish the Brexit impact studies is characteristic of a government that abhors transparency.

Meanwhile British prime minster Theresa May has announced that the precise time and date of Britain leaving the EU will be enshrined in law. Even though the author of Article 50 says that Brexit can be reversed at any time. Though May’s announcement was likely more about maintaining authority in her party.

But that could prove to have been a huge mistake. For around a quarter of those who voted Leave believe they were duped. And one way or another, a second referendum is needed. Though this time not just a binary vote, but a real questioning of the values that underpin our society.