If there was any doubt the mainstream media was an elitist guard dog, its Red Cross coverage should put that doubt to rest - Canary 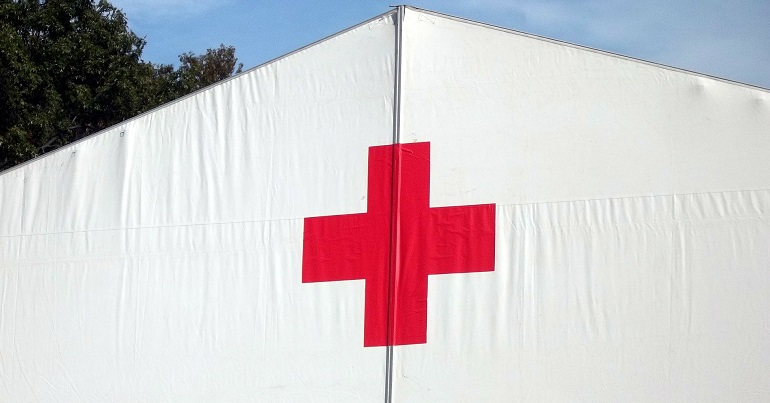 If there was any remaining doubt that mainstream Western media outlets were acting as a guard dog for the interests of the rich and powerful, their latest Red Cross coverage should put those doubts to rest.

The International Committee of the Red Cross (ICRC) recently announced it was stepping up its efforts in Venezuela after visiting the country and discussing increased cooperation with its government. The group avoided mentioning the US-backed opposition which has been trying to claim power since January. The ICRC’s tone was serious, but in keeping with its philosophy of “providing neutral, impartial and independent humanitarian assistance”.

The mainstream media coverage of the announcement, however, was far from ‘neutral’ or ‘impartial’.

Many Venezuelans are suffering today amid a severe economic crisis. This is largely due to economic warfare and brutal sanctions from a hostile regime in Washington. The Canary saw the effects of the crisis recently during its time in the country. But the reality on the ground is not what the mainstream media is reporting it to be. As The Canary has reported, these outlets have been shamelessly politicising people’s suffering to the benefit of coup-plotting elites in both Washington and Latin America. It’s been naked propaganda. And it’s led one former UN expert to accuse the media of “manufacturing consent” for regime change in Venezuela.

The media has exaggerated, slung mud at the government wherever possible, and left out any meaningful context. And this can be seen in the Red Cross coverage from both Reuters and the BBC. (Note: Other outlets are worse. But too many people see both Reuters and the BBC as bastions of impartial journalism, when they’re clearly not).

Both outlets elevated the voice of Venezuela’s coup-plotting opposition, which was irrelevant to the story. At the same time, the BBC (as usual) portrayed President Nicolás Maduro as a mad dictator (he won elections in 2018), saying:

He had also blocked the delivery of aid from the US and other countries, saying it was part of “an imperialist plot”.

The BBC, meanwhile, quoted the US (the main backer of Venezuela’s coup attempt) as if it had some sort of moral authority to comment (it most certainly does not). It neglected to mention, of course, the devastating US sanctions that have been significantly increasing Venezuelan suffering.

The truth about aid in Venezuela

Venezuela has long been receiving foreign aid with the authorisation of Venezuela’s government. But Maduro has blocked “aid” from the US largely because it has threatened Venezuela militarily, openly encouraged the Venezuelan military to rebel, and imposed brutal economic sanctions. None of that has stopped mainstream media outlets from being grossly dishonest about Venezuela’s position on international aid, though.

US efforts to force ‘humanitarian aid‘ trucks onto Venezuelan territory without government permission in late February, meanwhile, were very clearly a political stunt. Yet the mainstream media echoed the hostile position of the US state department. It was up to independent journalists on the ground to reveal the aggressive and anti-humanitarian nature of the event.

The UN, meanwhile, expressed concern about the politicisation of aid and – along with the International Red Cross – refused to participate in Washington’s efforts. The Red Cross also slammed “people not affiliated” with it for falsely using its emblems.

You wouldn’t know any of that from reading coup-supporting media outlets, though.

The crises that the Red Cross is focusing on, but the corporate media isn’t

Anyone doing an internet search of Reuters or BBC coverage on the Red Cross in the last month might think Venezuela was the world’s biggest humanitarian crisis, or the aid organisation’s main focus. The reality, however, is that the Red Cross’s “key operations” in the Americas are in Colombia and Mexico (two longstanding US allies). Venezuela is not currently highlighted as a ‘key operation’. The organisation also has eight key operations in Africa, six in the Middle East, four in ‘Asia & Pacific’, and two in ‘Europe & Central Asia’. The world’s worst humanitarian crisis, meanwhile, is in Yemen; and Donald Trump is actively resisting efforts to reduce the suffering there.

The establishment media is too obsessed with Venezuela to provide balance, though. So for context, here are some important recent tweets from the Red Cross:

This is not what a school should look like.

More than 2,500 schools in Yemen have been damaged or destroyed by the war, according to @UNICEF. pic.twitter.com/dgrsQXZDfq

97% of the running water in Gaza is not safe to drink. So what do the people who live there do?

Diana is 13 years old. Every day she goes to a nearby mosque to bring clean water for her family.

Some people spend as much as a third of their income on water. pic.twitter.com/nlpWOU7a8u

Two weeks ago this village in Mali was attacked.

Women bear the brunt of conflict in South Sudan.

Half of Syrians have been forced to flee their homes.

Almost three quarters depend on aid to survive.

This is what 8 years of war has done to #Syria:

– 7 out of 10 people rely on aid to survive.
– 50% of health facilities are out of service or partially functioning.
– 2 million children remain unable to go to school. pic.twitter.com/ZUf0Wi5Voe

More children are at risk in conflict now, than at any time in the last 20 years.

No child should lose their childhood to war. pic.twitter.com/idrydkmvPT

Today, 1 in 6 children live in a conflict zone. pic.twitter.com/o9gIszkPfY

Venezuela is likely the focus of attention for Western political and media elites because its government has challenged Western domination (however cautiously) and claims to be socialist. But by devoting more attention to one crisis over others, the integrity of these elites suffers. Because they reveal where their priorities lie. And that’s not with ordinary people who are suffering; but with the interests of the rich and powerful.