Running for election taught me that if you want to change the country, stop sitting on the sidelines and get involved - Canary 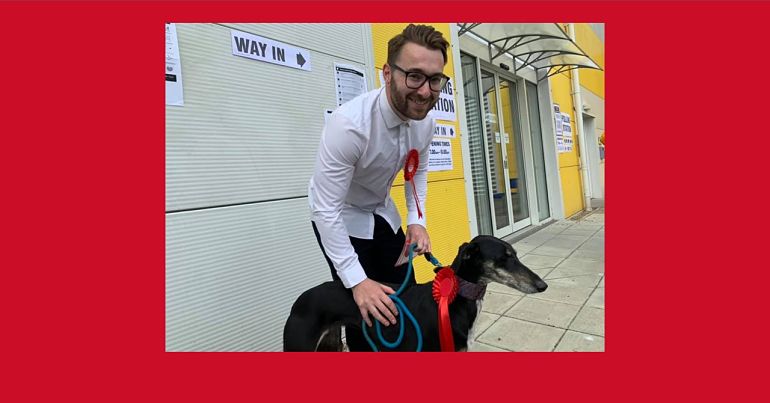 On 2 May 2019, I did something I once could never have imagined: I ran for election.

And it’s led me to one inescapable conclusion: more people need to start participating in local politics.

If someone told me 10 years ago I’d be a member of the Labour Party and stand for election, I’d have laughed, hard. The party of war and privatisation was my enemy, not an avenue to achieve radical reform. Labour’s former radicalism only existed by way of anecdotes from my grandad, or old clips of Tony Benn tearing it up on YouTube.

But sometimes politics shocks even the most cynical of us and changes. So I joined.

The intimidating formality of local politics

A few years into life as a Labour member, I found myself on the executive committee of my constituency Labour Party (CLP). And I even had a fancy title: ‘constituency policy officer’.

Yeah, titles. Superficial stuff like this plagues politics. Because it appears guarded by an intimidating, impenetrable, layer of jargon and procedural formality that deters outsiders.

I know this because I used to think exactly the same.

The boring reality: nobody participates

And yet, the dirty boring truth is that local politics is run by a small number of painfully normal people – titles or no titles. They aren’t necessarily gifted with special abilities. Quite the opposite, in fact. Many involved are well-meaning but hopeless – myself included.

But the perception that local politics is exclusive and intimidating might partly explain why nobody participates in it. Turnout at local elections is notoriously low. Moreover, in my own experience, the number of people who actually campaign in these elections is staggeringly low.

The most depressing realisation I have come to is how uncontested many local democratic institutions are. And so it’s basically an open invitation for unaccountable power to control peoples’ lives.

Peoples’ lack of participation led me into uncomfortable new terrain during the election.

I almost feel dirty admitting it, but I felt actual camaraderie with some Conservative and Lib Dem rivals. “BLASPHEMY!” – you might shout. But allow me to explain.

Political campaigning – done properly – takes up lots of time. You sacrifice work and relationships. You get abused on and offline. You’re attacked by dogs (sorry, but cats aren’t the issue). Your knuckles are mauled by torturous letterboxes. And I even had the joy of an angry crank turning up at my family’s home to post back a leaflet they disliked.

The other candidates all experienced similar stuff. And so, whether they’re Tory, Tory-lite, or otherwise, it’s hard not to salute a rare breed of weirdo willing to endure all the crap when most refuse.

I don’t doubt that many hurdles prevent people from participating in politics, whether it’s education, class, conscientious objection, other forms of political activism etc…

But honestly, when you realise how few people are willing to put themselves out there, it changes you. There’s only so much personal insult and whinging about double yellow lines you can take before a devilish voice inside your head wants to shout, “then why don’t YOU fucking participate then!”.

Locally you CAN make a difference

I always hated arguments like the classic ‘you can’t complain if you don’t vote’ fallacy. For example, I live in a Conservative safe seat in the South East where the Tories’ general election winning majority is usually over 20,000 votes. So, basically, my non-Tory vote would be better off deposited in the nearest lavatory. So, please, don’t tell me voting always has an impact.

BUT – and this is a big but – local politics is different and can often be changed. With just a little participation that is. But if you don’t participate, the machine will keep grinding along without you (perhaps even over you), controlling certain aspects of your life, your locality and your community.

If people don’t stand for election, that machine might be operated by the worst among your community. Not because of a cunning establishment conspiracy, but because nobody else participated to stop them. It’s sort of like walking off a football pitch then complaining when the other team kicks the ball in the goal repeatedly and beats you 10-0. For example, where I live, people were even elected uncontested.

You have the power

So at a local level at least, don’t underestimate how much power you have.

I and a group of normies and fuddy-duddies assembled like the Avengers and did pretty damn well at the local elections. With a few more bodies and lessons learned, we’re confident we can win ourselves a nice drop of power in the future and bring socialism to the South East.

So don’t be intimidated. Look up your local party and attend a meeting. You don’t have to stand yourself, but you can offer support to those who do. You’ll be amazed what a few people in a café on a Wednesday night can achieve over some biscuits.