Private education is like a queue jump ticket at Thorpe Park. It’s time Labour pledged to end it, completely. - Canary 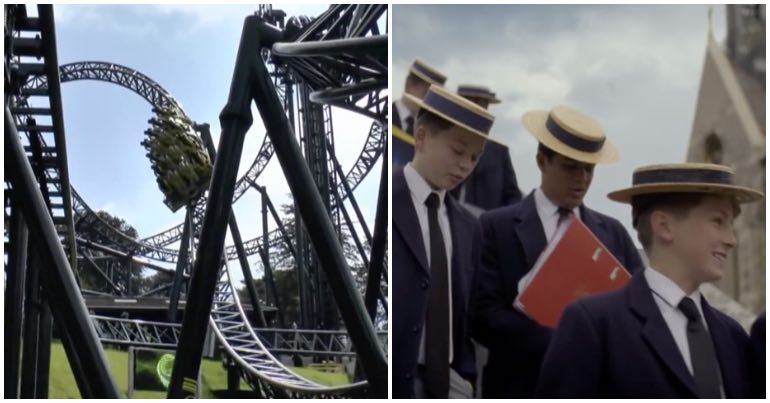 What do fast-track rollercoaster tickets and private education have in common?

Both allow a system where those with money can jump in front of everyone else. But whereas fee payers at theme parks just get more rides, this week’s news shows that the privately educated get to dominate elite jobs in Britain and control our society.

And if Labour really wants a fair education system and a more equal society, it needs to pledge to abolish private education as a matter of priority.

Rollercoaster fast-track tickets are surely the perfect metaphor for the British education system?

Everyone queues like good egalitarians, but then the system lets people pay to push in front of you. How else do we explain the Guardian reporting that:

Members of Britain’s elite, who hold the top jobs in politics, the judiciary, media and business, are five times more likely to have been to private school than the general population

This includes 39% of the government cabinet (when the study was conducted), 65% of senior judges, and 57% of the House of Lords. Not to mention 43% of the top 100 “most influential news editors and broadcasters” and “44% of newspaper columnists”. I could go on.

This comes despite the fact that the privately educated only represent 7% of the general UK population. Yet we greet this news each year with the same predictable short-term anger we get when hearing privatised train fares will rise above inflation.

The point then, surely, is to transform the system?

However, the typical media debate about this above news is depressingly predictable. From my own observations, there seem to be two types of views permitted.

Type one will defend private schools because of all the alleged good they do for society and the scholarships they offer. They’ll also argue such schools ease government finances because fee-paying parents pay both fees AND the taxation that funds state schools.

But they won’t mention that most parents ‘giving their children the best start in life’ through private schools are rich (just look at the cost), or, that doing so is primarily motivated by guaranteeing their kids’ success. This, in turn, means generating and perpetuating a privileged class who dominate over society and less privileged kids. After all, most children’s parents can’t afford this choice.

The second uses the issue as yet another reason to knock Jeremy Corbyn. They might give some predictable platitudes about “social mobility”, or the need to improve the standards of state schools so pupils can ‘compete’. This is like asking an army equipped with slingshots to compete with a foe armed with tactical nuclear weapons.

What we need are more voices (including that of the Labour Party) unashamedly arguing to ban fee-paying schools. Such schools should be integrated into the state sector. This would level the playing field and help end the social domination private schools enable. In 2019, it’s more like ‘enrolled to rule’ than ‘born to rule’.

The privileged justifying private schools and their own privilege is as inevitable as the sun rising. But supposedly ‘progressive’ politicians indulging the lie that private schools can remain and that all would be solved if state schools were better funded is naïve, illogical, and untrue.

To me, the reasons for this are fairly obvious.

Firstly, however much money state schools get, the system allows the rich to allocate more to private education. And the whole point of much of private education is to sit above the common standard so their students stand out.

That’s why Labour’s commitments to better fund state education are welcome but incomplete. Because until it pledges to end fee-paying schools and integrate them into a level state system, the relative advantage of private school financial power remains unchecked.

What Labour must promise at a bare minimum

And so, at the very least and short of abolishing it entirely, Labour should remove the outrageous financial advantages that private schools have compared to state schools.

These include some enjoying charitable tax status. Some private schools were only ever given this status because they were originally founded as charities to provide education for children whose families were unable to afford private tuition. And so unless these schools return to their roots, they should lose their charitable tax status.

Private schools also often don’t pay business rates; are exempt from paying tax on most types of investment income, and do now pay corporation tax. All of this should end. And so Labour’s 2017 pledge to charge VAT for private school fees should be just the start.

Admittedly, wider economic inequality would remain an issue. Because however equal the education system becomes, the economic system means that those with superior resources to give their children will have an advantage over poor people. Still, it would be a hell of a start.

For one thing, a uniform education system without private schools would encourage greater solidarity amongst a less socially divided population.

British people queue, so why not in education?

When my girlfriend and I booked a trip to Thorpe Park last month, we forgot about the half term queues. We plodded for hours like livestock around a queuing maze. Broken and bored we looked at each other and asked the unthinkable, “So…how much is a queue-jump ticket…?”

We betrayed our fellow queuing comrades, sold out, and bought the tickets.

I immediately felt like I’d personally betrayed Jeremy Corbyn. “How will I ever look him in the eye, if I meet him” – I wondered.

Yet, below is the reaction when someone queue-jumped at Thorpe Park without the magic ticket:

But why should Brits treat the private education system any differently to the person above? They’re both unfair queue jumpers, are they not?

And if there’s one thing British people should be good at, it’s queuing fairly.