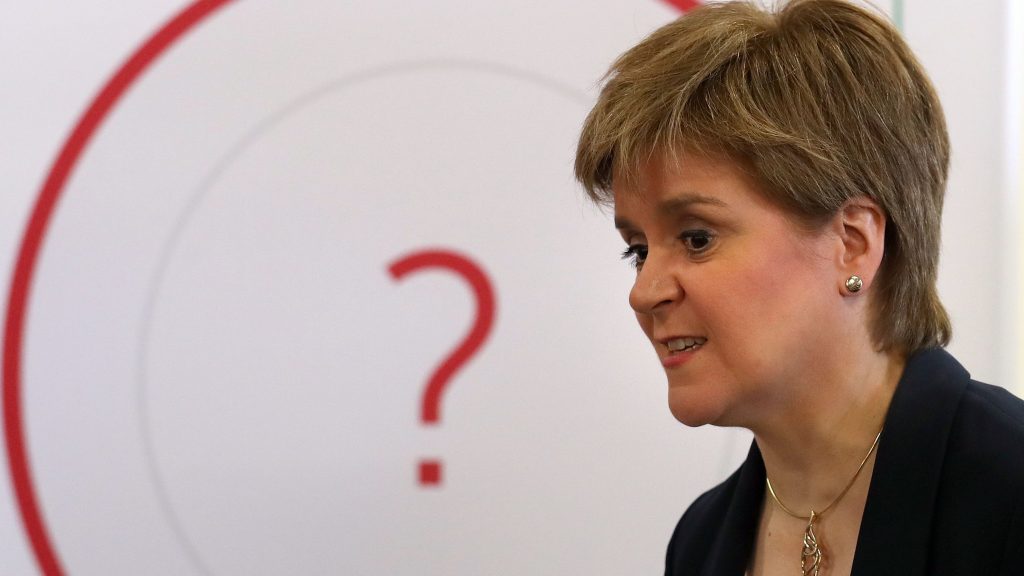 Nicola Sturgeon has said the choice of having Jeremy Hunt or Boris Johnson as the next prime minister is like “asking me if I’d prefer to be run down by a lorry or a bus”.

The Scottish first minister was speaking as part of a Newsnight Special being broadcast from Edinburgh – and made clear she did not endorse either candidate.

During the interview she criticised Johnson, saying the potential of him in Number 10 “gives you a sense of how out of kilter the whole UK political system has become”.

Kirsty Wark: "Which candidate will be the best prime minister for Scotland?"

Nicola Sturgeon: "With the greatest of respect that’s asking me if I’d prefer to be run down by a lorry or a bus."

When asked if she had the same view as her party’s leader at Westminster, she said: “I agree with Ian Blackford and he has made…” before interviewer Kirsty Wark said: “He is a racist then.”

I don’t know what’s in Boris Johnson’s head when he makes the overtly racist comments that he makes so I don’t know whether he’s just doing it for headlines or whether it reflects actual sentiment on his part.

But if you make overtly racist comments like the comments he made about Muslim women, you can’t then throw your hands up in horror when people call you a racist, because that looks as if that’s what you are.

The programme was recorded in Edinburgh to mark 20 years since the Scottish Parliament’s creation.