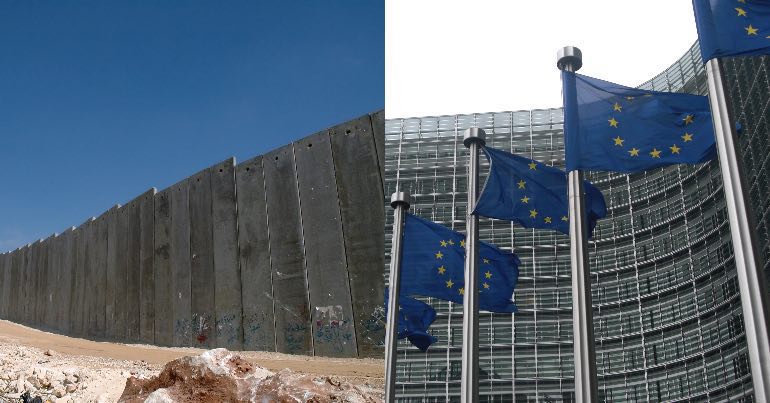 Nearly three dozen unions have written to the European Commission (EC) demanding that it ends trade with illegal Israeli settlements. In a letter dated 25 June, the unions noted that Israeli settlements “violate the highest norms of international law”. And given this, they requested that EU politicians and states ban trade with these settlements.

34 unions, including a number of Irish and UK unions, signed the letter. They stated that EU “policy makers” and states must “recognize and comply with their fundamental legal obligations” when dealing with illegal Israeli settlements.

They wrote that Israel engages in “obstructing the Palestinian right to self-determination” as well as acquiring territory by force. And given this, they insisted that:

As a result, the signatories called on the EC “to fulfil its legal obligation immediately”. It declared:

The Ireland Palestine Solidarity Campaign (IPSC) welcomed the letter. Its chairperson, Fatin Al Tamimi, said the letter represents an “important initiative”. She observed that it’s “way beyond time for the EU to act”. And what’s more, she stated that it has an “obligation to ban trade with Israel’s illegal colonial settlements”.

Tamimi also took note of an Irish bill which would ban trade with illegal Israeli settlements. She asserted that the Occupied Territories Bill would “bring Ireland into line with its international law obligations”. The bill was previously passed by the Irish senate and parliament. But the government has said it opposes the bill. Because of this, it’s currently blocking the bill’s progression.