Johnson has a devious plan to ensure no-deal Brexit. But it's not all plain sailing. - Canary 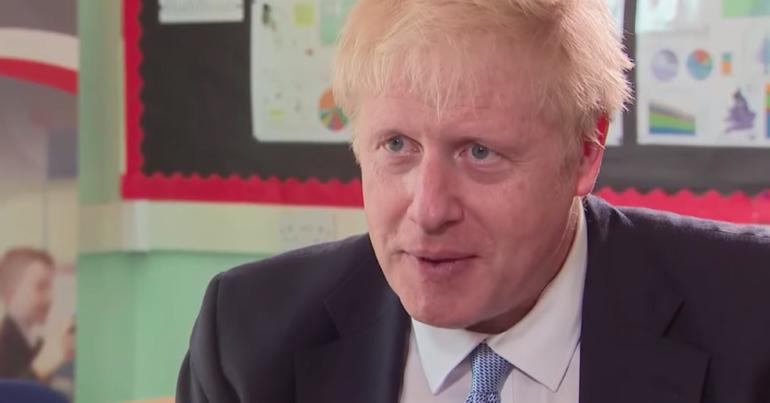 To ensure a no-deal Brexit, UK prime minister Boris Johnson has a simple but devious plan. And if it succeeds, the ‘Brexit Gang‘ will have pulled off one of the biggest political cons in British history.

But it won’t all be plain sailing.

Over the weekend, it was revealed that Dominic Cummings, Johnson’s special adviser, told MPs that if there’s a vote of no confidence in the Johnson government, that won’t stop a no-deal Brexit from going ahead. It’s all a matter of timing.

Cummings, who in June 2018 was declared in contempt of parliament, explained:

[MPs] don’t realise that if there is a no-confidence vote in September or October, we’ll call an election for after the 31st and leave anyway.

That’s because in order for a no-confidence vote to lead to a general election before 31 October, a debate in parliament would need to take place on the first day back from summer recess. And for that to happen, a no-confidence motion should have been tabled before recess, which did not happen.

In the meantime, the Johnson government need only adopt the pretence of negotiating with the EU for a new deal. And once 31 October arrives, a no-deal Brexit will then take place automatically.

Should no-deal proceed, there is one important aspect that will work against Johnson. Namely, no-deal will likely bring about economic disaster, with a huge fall in the pound, panic buying, business closures and possibly civil unrest. And those consequences could mean he would lose the general election, even if he has a pact with the Brexit Party. Although, no doubt, Johnson is gambling that despite the dire consequences of no-deal Brexit, millions of pro-Brexit diehards will vote for him anyway.

It won’t all be plain sailing for Johnson. Once parliament returns from recess, Tory rebels are likely to exploit a number of procedures in an attempt to block no-deal.

For example, there could be a vote to force the government to extend negotiations with the EU beyond 31 October. A vote of no confidence, or an instruction to the government to organise a referendum, could then follow.

And if a vote of no confidence is passed, until a general election takes place, the Johnson government would be considered a ‘caretaker’ government with very limited powers (not enough to see Brexit delivered).

There is one other, but contentious, option available: a government of national unity.

On this, Conservative MP and former attorney-general Dominic Grieve commented:

there are a number of things the House of Commons can do [to prevent no-deal], including bringing down the government and setting up a new one in its place.

Of course, such a government wouldn’t be easy to form.

Basically, over the next two or three months, anything can happen, and nothing should be taken for granted.