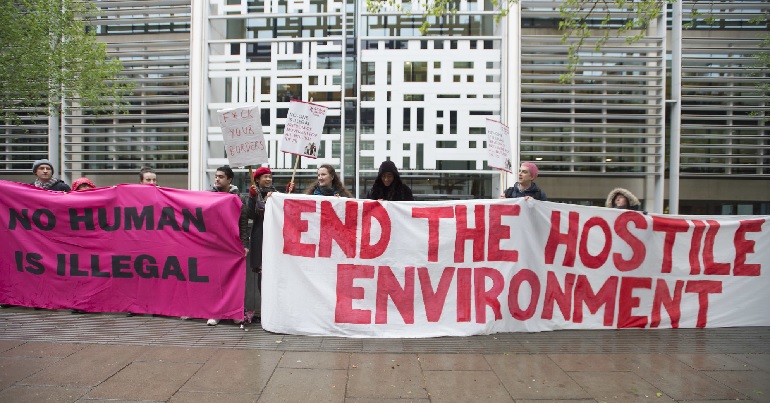 Another week, another piece of news that reinforces how little Black and Brown lives matter in this country. Kelemua Muat, a 39-year-old mum, died because the Home Office denied her cancer treatment. Her death barely made the headlines. A few weeks from now, no one will remember her name. And in the face of the Home Office’s ongoing racism and negligence, there’s only so much righteous anger that one can feel before it becomes exhausting.

Muat’s case highlights that the Home Office’s ‘hostile environment‘, does kill people. And, it seems, there’s little action as a result.

From reading what happened to Kelemua Muat, two things are clear.

Firstly, the sheer amount of bureaucracy in the Home Office caused not one but multiple delays in the decision for her case. Delays which led to her being denied medical treatment, and, ultimately, her death. Second, the ‘hostile environment’ policy has led to a callousness which is simply racism by another name. As Global Justice Now noted:

A whistleblower has claimed that the introduction of the hostile environment meant that the mentality of civil servants working in the Home Office became one of “I’m going to say no, unless you can prove me wrong”.

It’s no coincidence that the overwhelming majority of refugees and asylum seekers are People of Colour. And the ongoing dehumanisation of People of Colour has made our deaths inconsequential. They elicit little empathy and result in negligible action by those in power. Even the latest report by the NGO Freedom From Torture makes no mention of deaths caused by Home Office callousness (read racism) or red tape.

Because the victims of the Home Office’s racism are non-citizens, there is little political will to address their suffering. Given the circumstances of Muat’s death, the Home Office’s response seems dismissive and insincere. People have died as a result of the government’s ‘hostile environment’, and yet there’s little effort to hold the Home Office accountable for it.

Muat’s friends have launched a fundraising campaign to cover her funeral costs, which is still live. The NGO Global Justice Now has launched a petition for the Home Office to end its ‘hostile environment’ policy which can be signed here. Freedom from Torture also has an open letter to the home secretary Priti Patel, urging her to implement the recommendations in their new report, to which people can add their names.

Beyond this, though, we need to address the systemic racism at the heart of policies like the ‘hostile environment’. We need to recognise and consistently call out the dehumanisation of People of Colour in the media. And we must dismantle policies that enforce hard borders and strict immigration rules if we are truly committed to human rights, equality, and dignity for all people.