When People of Colour are seen as less than human, their babies are too - The Canary 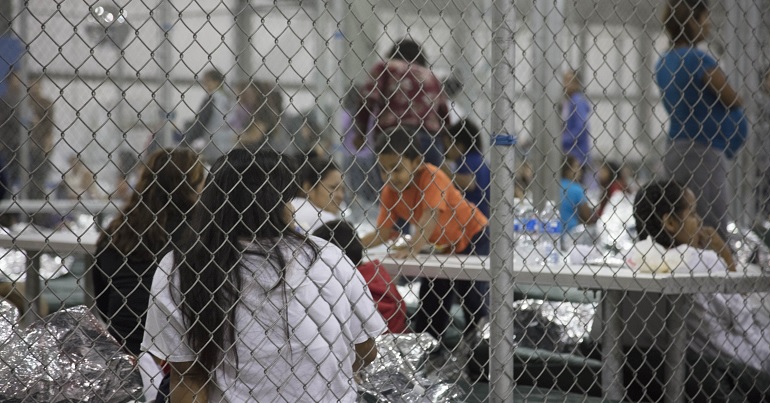 Every now and then, I come across a piece of news that just… rips my heart out. This may sound like an exaggeration, but reading these things can give me what feels like a physical pain inside my chest. I am forced to reflect on what some people have to suffer at the hands of our greatest living oppressors. And it makes me despair at the state of the world a little bit more. Reading about a four-month-old baby girl being separated from her breastfeeding mum by US immigration authorities is the most recent example.

Where is the empathy for our children?

It makes you wonder: if just reading about these policies can affect someone, how does it not bother the people who enforce them? Or the people who make them in the first place? Unfortunately, the now well-documented abuse of immigrant children at the US border and the treatment of Muslim children as potential terror suspects are two sides of the same coin.

Generally speaking, the suffering of children, no matter where they’re from, elicits empathy. Because of their innocence and their vulnerability, anyone should find it easy to empathise with them, right? Except People of Colour have now been dehumanised to such an extent that it is easy to overlook our suffering. And this includes the suffering of our children.

We see it in the case of this baby, ripped so casually from her nursing mother’s arms; and we see it in the case of Shamima Begum‘s baby, made stateless through no crime of his own. There was ample evidence that Begum herself was groomed into joining Daesh (Isis/Isil) as a teenager. Yet her requests for help were repeatedly ignored, and her baby son died at just three weeks old. Who mourned his loss? Not the nation of which he was rightfully a citizen, that’s for sure.

The dehumanisation of People of Colour is one of the insidious effects of racist messages from Western media and politicians alike. Western authorities often describe civilian deaths in Afghanistan, Iraq, and other sites of the ‘War on Terror’ as ‘collateral damage’. Donald Trump, meanwhile, has repeatedly described immigrants as pests. And refugees are similarly said to arrive in “swarms” to Western borders. If Islam is a ‘disease‘, Muslims are, by extension, carriers of that disease. This language has become so commonplace that many people no longer even stop to question it. The net result, however, is that the general public has become desensitised to the suffering of these groups, who are almost always People of Colour.

So it’s not just the news of babies dying in a UK-enabled war in Yemen, or being torn from their mothers’ arms at US and UK borders, that makes me angry. It’s the fact that everyone else isn’t as angry as I am.

These children are human, too. Why does our heart not ache for them like it does for, say, Madeleine McCann? Why are we not absolutely enraged at their suffering? They deserve better than the world they were born into. At the very least, we need to feel their pain, detest their suffering, and recognise their humanity.

Featured image via Wikimedia/ US Customs and Border Protection