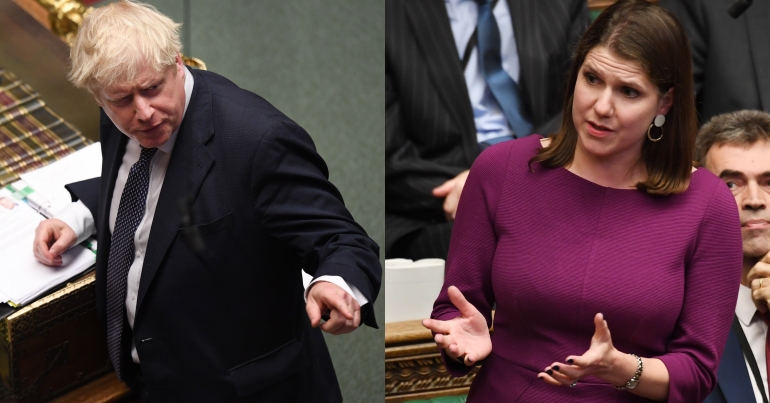 On Monday 28 October, Boris Johnson will ask parliament to vote on holding a general election on 12 December. An election is needed. But it’s important to remember any election will be on Johnson’s terms; an election that he’s calling when he thinks he can win the parliamentary majority he so desperately craves.

But it didn’t have to be this way, and the blame is easy to pinpoint. The fault lies entirely with Jo Swinson, the Lib Dems and their toxic brand of extremist centrism.

There was a Brexit solution

A solution was suggested to deal with Brexit. Well, not a solution. But a solution out of the current mess, and Swinson repeatedly refused to back it.

Back before Johnson returned with his awful deal, Jeremy Corbyn proposed a solution aimed at stopping a no-deal-get-rich-quick-for-Johnson’s-friends Brexit. Under that plan, a vote of no confidence, followed by a Corbyn-led caretaker government would stop a no-deal Brexit. The plan was to follow this immediately with a general election.

This would have put the election in Corbyn and his caretaker government’s hands. It would have given the left control of the political situation and how to take things forward. Instead, thanks to Swinson, weeks have rumbled on with parliament still being led by a lying, swaggering Johnson.

But if there is any kind of Brexit solution, the Lib Dems lose the one small amount of political power they have left. And maybe it’s that simple; maybe they simply realised the only reason they’ve gained any popularity is the party’s Remain platform. After all, the assorted band of pro-austerity arseholes and the mopped up remains of the MPs other parties rejected don’t have much other appeal.

If you’re going to vote Lib Dem, you might as well vote Tory

In the past, I’ve argued for tactical voting, especially if, as I do, you live in a marginal constituency where there happens to be one of the reasonably decent Lib Dems.

But not this time. More than ever, under Swinson’s leadership, the party appears committed to doing everything in its power to prevent a government that will deliver real change to people’s lives. And if you’re going to tick the box for Lib Dem, you might as well vote Tory – because it’s clear that Swinson will never work with a Corbyn government.

Lives depend on this election result

A general election is desperately needed. Not because of Brexit. But because of nine years of austerity. According to the UN, the Tories – backed by the Lib Dems – have ‘deliberately’ pushed thousands of people into poverty:

Meanwhile, name a public service, and it’s suffered from vicious cuts. From schools to hospitals; youth services to domestic abuse refuges – everything has been decimated as the Conservative Party races to make the UK a playground for the rich.

The Institute for Public Policy Research found that austerity is to blame for 130,000 ‘preventable’ UK deaths. Thousands of lives depend on this election result. And not just in the UK – think how many lives would be saved by a Corbyn government foreign policy that refuses to line the pockets of arms dealers.

So let’s be clear. Swinson and her centrist extremists will not save these lives. And this means that the Lib Dems are not and cannot be seen as a credible alternative for anyone who has any semblance of progressive politics.