A Tale of Two Countries. Why I voted Leave and why I’d do so again. - Canary 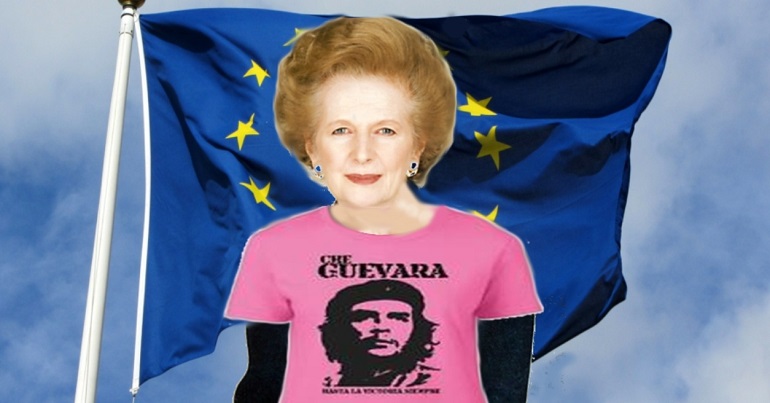 I think this opening passage to Charles Dickens’ A Tale of Two Cities perfectly describes the stark difference in the experience different classes have lived through in the years since we joined the EU in 1973.

In 2016, I voted Leave. And I’d do so again because I firmly believe it’s in the best interests of the working class, society and democracy.

For rich people, large employers and the middle class generally, this has undoubtedly been a ‘season of light and hope’ with ‘everything before us’. With CEO pay rocketing, banksters and speculators getting obscene bonuses to top up already obscene incomes, rocketing property prices, freedom to move capital and flexible labour throughout Europe, freedom to roam European capitals for sightseeing, eating out and maybe even buying a holiday château or second home for a relative snip –  the already affluent have definitely been living the dream.

For the working classes, it has been a different story.

In fact, it’s been like living in a different country.

As Bob Marley says, “who feels it knows it, Lord”. And for the working class and unemployed, these four decades of UK membership of the EU have been the least prosperous, most precarious and community damaging imaginable. Much more of ‘a season of darkness’ with ‘nothing before us’.

I was born in 1963 and grew up on Luton’s council estates, where I’ve lived all of my life. So I feel well placed to talk about the impact decades of neoliberal free market (aka Thatcherite) policies have had on working-class communities like ours, whilst under the alleged protection of the EU Social Chapter.

We’ve seen once-proud workforces, stable employment, worthwhile industries, strong unions and well-bonded communities dismantled and ‘replaced’ by industrial estates and ‘enterprise zones’. This was a Thatcherite term for the beginning of a disastrous shift away from the strong culture of workers rights and trade unions we were used to, towards a culture where slaving away for minimum wage on zero rights contracts to make tax-avoiding billionaire multinational companies richer became widespread.

“The threat of destitution”

Whilst this transformation has no doubt been made easier by employers ability to exploit large numbers of more willing and flexible labour from the EU, the problem is emphatically not with our European friends and neighbours who have brought only wonderful things to our community.

It’s big business and government who are exploiting all of us. And in failing to provide the necessary infrastructure and services needed to cater for us, they are responsible for any other negative impacts like housing shortages and high rents. It’s the same government who created a benefits system that works lockstep with temping agencies and uses the threat of destitution to force even seriously ill claimants into these jobs.

In our communities, council homes have been sold off, creating an army of buy-to-let landlords eager to cash in on rising house prices, tax breaks and rents. With an end to secure tenancies, low to no chance of access to social housing, many of us were forced into bedsits in the ‘private rented sector’ (aka former council houses) with rents spiralling out of control and out of our reach. Other valuable publicly owned services we rely on – like water, energy, transport and post – were similarly sold off to the speculators, leaving us to live with the inevitable price rises and crap services.

Then to cap it all, the neoliberal Monopoly game played by the EU, the UK, the International Monetary Fund (IMF), the European Central Bank, the Bank of England, all big financial institutions and governments throughout the continent, blew the whole economy up, So, ‘make the poor pay’ (aka austerity) policies ripped the arse out of our care, elderly, youth, police, fire, environmental and social services, leaving us with levels of violence, crime and insecurity that have us living in fear for our children’s safety.

When our experience of life within the supposedly protective umbrella of EU membership has been one of broken communities, privatisation, no workers’ rights, ‘in work’ poverty, unhappy, overstretched teachers, nurses and public service workers, no one should be surprised that millions of us jumped at the once in a lifetime chance to vote for seismic, radical change in 2016.

I know there will be those who read this and think ‘but this was all UK government’s doing not the EU’. And this is definitely not wrong.

The Thatcherite/neoliberal economic policies which caused this devastating inequality were, for sure, devised here and practised for decades by the governments of John Matcher, Tony Blatcher, Gordon Bratcher, David Catcher & Nick Clatchers Coalition, Teresa Catcher and now Boris Jatcher.

This is why we so urgently need Jeremy Corbyn to finally put an end to 40 years of Thatcherite, aka neoliberal, governments.

“Margaret Thatcher with a Che Guevara T-shirt on”

But let’s not kid ourselves that membership of the EU offers us protection against these vicious assaults on our rights and conditions. Because the UK working class experience proves it does not.

Rather, the Thatcherite/neoliberal economic policies have been transplanted into the constitution of the EU itself. As retiring speaker John Bercow recalls from his time as a young aide to Thatcher when she was making these changes; he said:

Margaret Thatcher was herself a driving force behind the Single European Act and some of her ministers positively fizzed with enthusiasm about the Single Market which they believed achieved the Thatcherisation of Europe.

So, with embedded neoliberal economic policies and a left looking social chapter not doing what it says on the tin, the EU, for me, is like Margaret Thatcher with a Che Guevara T-shirt on.

In Britain, we’ve had – and now have again – the opportunity to finally put an end to the long list of Thatcherite clones by electing a Corbyn government.

But changing the neoliberal soul of the EU is another thing altogether.

As the Thatcherite ‘free market competition’ rules are engraved into the EU’s structures, they can’t just be undone by anything like as straightforward a process as removing a national government and electing a better one.

So what is the solution?

“The only fair, sane and democratic solution”

For me, the only fair, sane and democratic solution that could have anything like a chance of bringing the country back together was proposed by Corbyn. It was Labour policy before Tony Blair, Keir Starmer, Tom Watson and their 150 or so PLP (Parliamentary Labour Party) allies took him hostage and forced him and the party into an electorally damaging ‘second vote’ with remain on the ballot position.

Corbyn’s pre-hostage policy was to respect the referendum result by leaving the EU and negotiate a new customs union with crucial – for me – exemptions from the pro-privatisation, anti-state aid parts of the existing customs union. This also meant creating stronger workers’ rules to prevent big employers exploiting freedom of movement to undermine workplace rights and conditions.

As a Leave voter, I could accept this and happily campaign for it. Because it respects the 2016 decision to leave and deals with the pro-privatisation, anti-state aid aspects of our current arrangements that I don’t like.

I think it could satisfy Leave voters. Voters who care mainly about regaining our political independence, who would be satisfied with reasonable work-related controls on freedom of movement to prevent abuse, who don’t see doing trade deals alone as the defining feature of what freedom means to us, and who respect the fact the country is divided and needs to come together.

“Our shores and doors open to our brothers and sisters”

I think many Remain voters, who also appreciate the need to come together, could also happily support it. Because although we are leaving the political constructs – which are anti-democratic in any case – a customs union, as well as continued UK access to Erasmus and other mutual arrangements, keeps us close. Close enough to keep our shores and doors open to our brothers and sisters from the EU with restrictions only on the right to work. After all, this was the practice for the majority of EU states for many years after the 2004 accession.

My fear is that millions of Labour supporters in Leave-voting areas will be so offended by the insulting policy of a second vote with Remain back on the table without implementing the result of the first, that they will desert the party and let the Tories back in.

My hope is, that like me, they can see the situation Corbyn’s in, with a hostile ‘remain at all costs’ group around him and trust him, as I will, to do the right thing by democracy once elected and get a good Labour Leave deal for the country.

With a mandate from the people, he can assert his authority over those in the party who just want to thwart the democratic decision of the people and negotiate a new deal. We need a deal that Leave and Remain voters can support and that EU citizens throughout the bloc will not only support, but demand the same for their countries too.