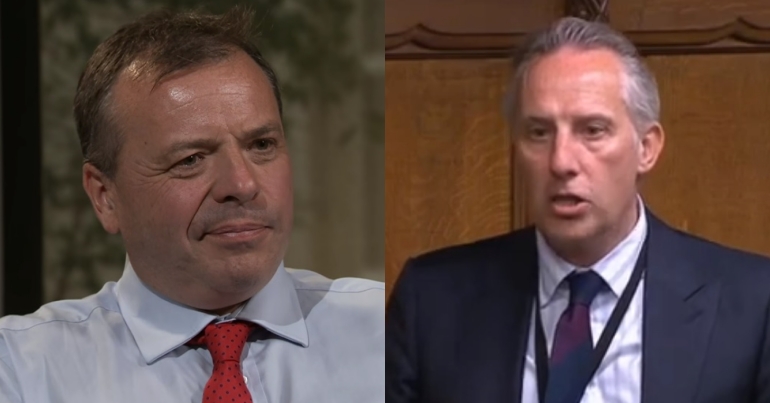 Brexiteer and insurance tycoon Arron Banks tried to give DUP MP Ian Paisley’s election campaign a boost through his Leave.EU Twitter account. Paisley is the sitting MP for North Antrim and has been since 2010.

As Leave.EU has 279,000 followers on Twitter, Paisley might have expected a positive response. But sadly for Paisley, it spectacularly backfired. As soon as Leave.EU posted the announcement, people took to social media to express their disgust. They reminded the DUP and Paisley of their connections to corruption and terrorism.

Leave.EU and Arron Banks were also accused of breaking electoral law during the referendum. In February, Leave.EU was fined £120,000 for data breaches. This was in addition to fines of  £70,000 in 2018 for “breaches of election law”.

Brexiteer Ian Paisley has been fighting for Brexit and for our Union for years in Parliament. This election is key – make sure he gets returned on December 12 by backing his crowdfunder at https://t.co/aMitAUYmXa

And Paisley’s clearly sensitive about the fundraiser. An article in the News Letter (now changed) had stated that Arron Banks set up this fundraiser. But that was clearly not the case:

Not quite the reaction he’d hoped for

But surprisingly, as it was launched from a Brexiteer account, the response was anything but supportive:

Another person sarcastically reminded people of the gifts Paisley received in the past:

Indeed, as The Canary reported, trips to the Maldives weren’t the only gifts Paisley received. There was also the serious matter of undeclared holidays paid for by the Sri Lankan government. As a result, Paisley became the first MP in the UK to face a recall petition. Had this petition been successful, he would have had to fight a by-election to keep his Westminster seat.

And corrupt presents from heads of state weren’t the only thing people noted about the Paisley and the DUP. Others reminded us of the DUP’s links to terrorism: 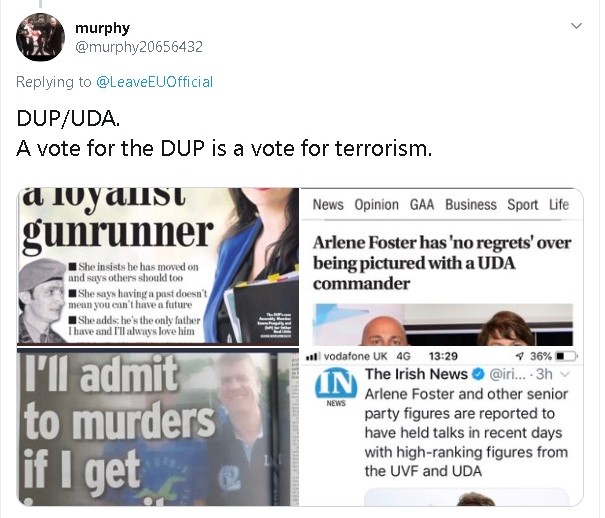 In addition to free holidays and gifts worth thousands of pounds, Paisley receives an MP’s salary of almost £80,000. He’s also sitting in one of the safest seats in the north. So it’s unclear exactly why he needs the support of a millionaire and the Leave.EU campaign. Particularly as they no longer agree on Brexit.

A match made in hell

Whatever the reason, Paisley and the DUP’s record make it clear that neither can be trusted in a position of power.