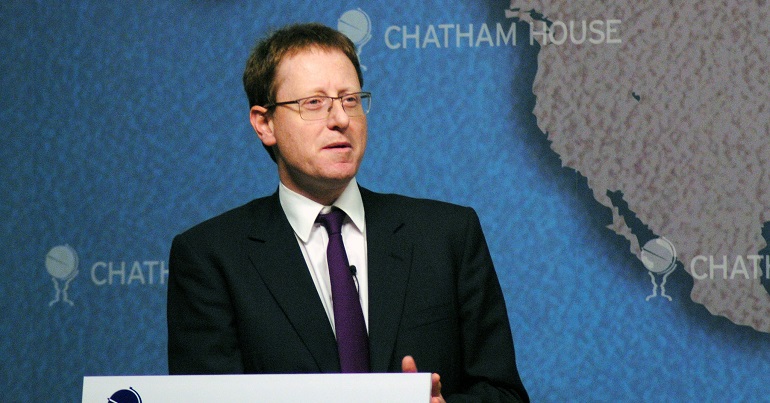 On 8 November, the Guardian reported on its website false accusations of antisemitism made by columnist Jonathan Freedland against prospective Labour candidate Majid Mahmood. Both the Guardian and Freedland have since taken down the potentially libellous reports.

It turns out Freedland made the accusations on his blue-tick Twitter account, to over 114k followers, without bothering to verify the facts. The Majid Mahmood allegedly found to have been antisemitic was not the same Majid Mahmood to whom Freedland was referring.

Naturally, this has raised questions around competence and, moreover, bias among journalists in the establishment media:

Eager to smear Corbyn's Labour party yet again, the Guardian's Jonathan Freedland threw aside journalistic caution and wrongly accused a Muslim candidate of antisemitism. He relied on a 'Labour source', 'reliable' only in the sense of sharing Freedland's antipathy for Corbyn https://t.co/8vpk7xANX1

Freedland mixed up two Muslim men, called the wrong one (a prospective Labour candidate) anti-Semitic based on a "reliable Labour source", tweeted it out, got it retweeted by a 600K+ account, and put it on the Guardian's (now offline) page.

Four weeks to go until the election pic.twitter.com/SwirPSDq2A

The Guardian was quick to distance itself from Freedland’s incompetence:

The Guardian have essentially just thrown Jonathan Freedland under the bus for falsely accusing a Labour candidate of antisemitism and committing an astoundingly blatant case of libel.

Pretty safe to say someone may be getting sacked in the morning. pic.twitter.com/tRmSGNQ7zA

However, people aren’t letting the Guardian off the hook that easily:

This is just not good enough Freedland — because how many people have seen this and now think a good man is racist when he's the polar opposite. Not good enough at all — I hope he sues your incompetent, racist arse off. And that of the @guardian while he's at it. https://t.co/Sh3THEq8wQ

Do they do equalities training at the Guardian? I'm just wondering cos it seems like @Freedland has searched for the name Majid Mahmood and assumed that there must just be one guy in the country called that and then libelled an innocent man on this assumption

.@Freedland many decent people take your word as the truth when you paint Mr Corbyn as an antisemite. Even though there is no proper proof & never will be as it’s NOT true
You and @guardian have cost the anti racist, anti poverty, pro Rule of Law Corbyn many votes
Slow hand clap https://t.co/FNIDz6Csmh

Although Freedland has apologised, it only came in a second tweet after he admitted to his false reporting:

I of course apologise wholeheartedly for passing on too hastily information from a previously reliable Labour source. It was a very bad error on my part, and one for which I will seek to make amends.

In the apology, Freedland still failed to take responsibility for his lack of fact-checking, merely saying his source was “previously reliable”. For a lot of people, this raises serious concerns over Freedland’s journalistic credibility. Moreover, his apology won’t undo the damage already caused by the misinformation he spread:

Freedland has now issued an apology – https://t.co/G6AyqWIVO8
But he's one of the country's most notable journalists, and he's effectively smeared an innocent Muslim man running for Parliament as an antisemite. A really ugly episode.

One has to wonder how many other people have had their lives and careers ruined by this "previously reliable source" of Freedland's?

Jonathan Freedland, October 23: "Why don't we have a policy which says if an unnamed source told something which later emerges as false, and moreover as knowingly false, then retrospectively journalists name that peddler of fake news?" https://t.co/atOuCfCVBr

In light of these developments, some people even called on the Guardian to sack Freedland:

If the Guardian has any integrity, it will sack @freedland for this, stirring up Islamophobic hatred, a total sloppiness rooted in racism & him deleting this tweet won’t undo any of the harm. https://t.co/p3ClYpdO9I pic.twitter.com/THyOvdWV3k

In the meantime, though, a sizeable donation to Mahmood’s fundraising page for Syrian refugees is probably a better apology:

This is the man @Freedland libelled earlier today. I reckon the very least Freedland could do by way of apology is to make a considerable donation to Majid Mahmood's fundraising campaign for Syrian families displaced in Jordan. https://t.co/8NknYO6u1j

It does appear to be the case that some unchecked allegations of antisemitism are being systematically deployed to undermine leftist Labour candidates:

it's incredible how 99.9% of accusations of antisemitism against labour are based on false information & fake news stories & that pundits in the mainstream media rarely ever verify validity of stories before going with them

Shaista Aziz was recently at the receiving end of similar allegations. Zarah Sultana was also accused of antisemitism based on old social media tweets. So it seems that leftist Labour candidates who are Muslim have particularly been targeted:

There’s obviously a targeted campaign against any Muslim candidate from the Left. The plan is to keep dropping daily revelations instead of just in one go and it has sympathetic ear of many journalists who just want to chase a story.

Who needs the Daily Mail to smear Muslims when Jonathan Freedland and his 'sources' can do it for them?

That really says something about Britain’s leading ‘progressive’ paper, doesn’t it?

So Mahmood appears to be the latest Muslim Labour candidate facing allegations of antisemitism. While both the Guardian and Freedland have retracted the fake news, it does raise serious questions about fair reporting at such a crucial time in UK politics.