Britain’s colonial legacy carries on, which is why children need to learn about it in school - Canary 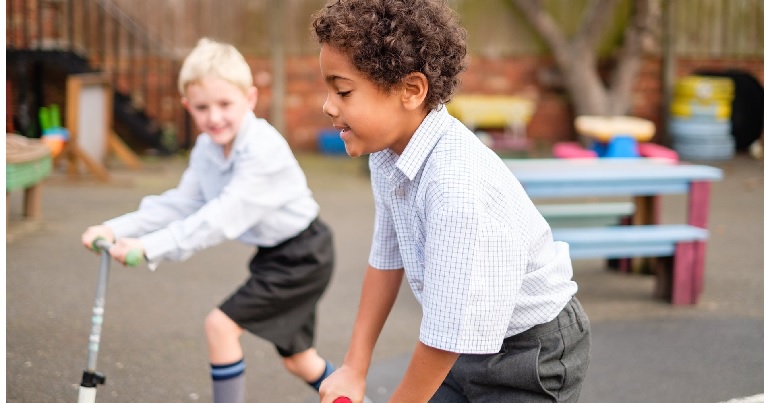 Britain seems to be quite happy to talk about its colonial past, as long as it’s framed in terms of pride in the British empire. However, a protest on 9 January by student campaign Fill in the Blanks sought to disrupt popular narratives around British colonialism.

The campaign distributed 5000 ‘newspapers’ at 20 different tube stations around London which reported the headline: Boris backs Empire education. The intention was to spark discussions around the importance of teaching the true impact of Britain’s colonial history in schools. Sharing her views on the issue, Antonia, aged 17, said:

After a lesson at school where Britain and its Empire was glorified, with my teacher stating “look how powerful we were”, it took four years for me to go and find a book which accurately articulated the impact that colonialism has had on this country.

But why is learning about British colonial history so important? Haven’t we moved on and left those attitudes in the past, where they belong? The short answer is: no. Having history, any history, taught truthfully is an important goal in itself. But with colonialism, it becomes even more pertinent, given the lasting damage it has caused and its ongoing legacy.

The colonisation of non-European nations effectively resulted in mass occupation, systematic plundering of resources, dehumanisation of enslaved people, and, unquestionably, numerous genocides. The damage caused underpins calls for reparations to former colonies. But awareness around the atrocities of the British empire is so poor that in 2015, for a debate on reparations, Oxford Union decided that having a ‘colonial comeback’ cocktail to promote the event was a good idea. The poster advertising the event featured an image of Black hands in chains.

This incident demonstrates how easy it is for British people to overlook the harm caused by the British empire, particularly if they do not descend from people who were colonised. But for those of us who do, the spectre of colonialism continues to loom large. It’s why former colonies continue to struggle under the weight of poverty and the crime and corruption emerging from it. It’s why we, our parents, and our grandparents came to the UK in search of a better life. Only to be told, of course, that we should ‘go back to where we came from’. It was British sociologist A Sivanandan who said about immigration, “We are here because you were there”.

The racism forever inherent in discussions around immigration is, in itself, another legacy of colonialism. Belief in the superiority of the white race may not be as overt today. But dangerous stereotypes e.g. about the intelligence of white people, or the inherent criminality of Black people and other People of Colour, are still prevalent. To be a Person of Colour in Britain in 2020 is to be acutely aware of being ‘the other’. Anti-blackness is still pervasive. Orientalism carries on in depictions of Muslims and people from the symbolic East.

So the least we can expect is for the general British population to acknowledge Britain’s role in creating an imbalance of power that persists to this day. In Brexit Britain, colonial attitudes still live in the British subconscious and continue to disadvantage anyone who isn’t white. Until the empire is held to account as a source of chaos, cruelty, and oppression, this won’t change.

Educating children truthfully about Britain’s colonial past could therefore be an important first step. The work being done by Fill in the Blanks shows there’s a will among young people to have this conversation. If schools start teaching an honest account of the British empire, future generations might be better equipped to let go of the prejudice and bigotry that is Britain’s colonial legacy.