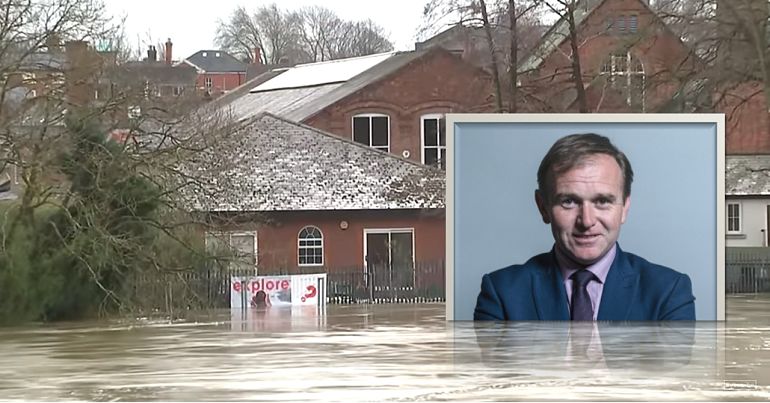 On 27 February, George Eustice celebrated two weeks as environment secretary. During the current Tory era, no one’s lasted longer than two years and four months in the role; so he should make the most of any landmark he reaches. Caroline Spelman was the first, appointed at the beginning of David Cameron’s rose-garden-scented ‘greenest government ever’. Following her were Owen Paterson, Liz Truss, Andrea Leadsom, Michael Gove and Theresa Villiers. Villiers managed less than seven months but was able to cram in two major flooding events before Boris Johnson shuffled her out in favour of Eustice.

With climate breakdown being the number one issue for any environment secretary and increasingly severe flooding being its most noticeable consequence in the UK, how to deal with floods is a crucial part of the brief. So how do the last seven top bods at the Department for Environment, Food and Rural Affairs (Defra) measure up? Here’s a rough guide, ranking them from seventh (worst) to first (least worst): 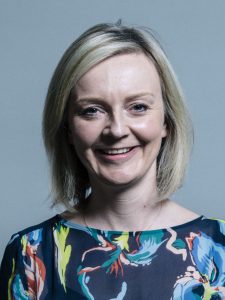 Perhaps best remembered for her thoughts on cheese, Truss was a rotten environment secretary. A keen advocate of austerity, unless it’s for herself, she presided over extensive cuts at Defra.

But the reason she comes last in this line-up is that she wholly failed to understand the key issues related to flooding. Her plan to prioritise keeping farmland dry would, as environment writer George Monbiot pointed out, have sacrificed the homes and businesses of town-dwellers for the convenience of a few landowners. 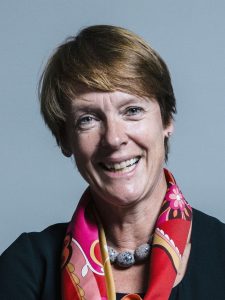 When Truss made her cuts at Defra, she was starting with a budget already way smaller than it had been pre-2010. Spelman was responsible for that, allowing Defra to take the biggest hit of any department in the Coalition government’s first spending review. This included substantial reductions in flood defence spending. Damian Carrington reported in the Guardian that this had left 294 projects unbuilt on Spelman’s watch. 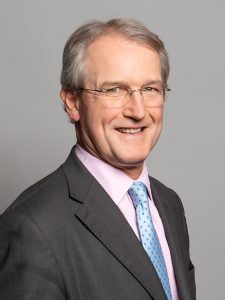 Every inch the stereotypical out-of-touch Tory, Paterson memorably turned up at a flood with no wellies. After leaving Defra, he gave the impression he had no time for people who are trying to help the environment. The climate sceptic only avoids last place in this list because he resisted the Treasury’s demand for cuts and managed to secure at least some funds for flood prevention. 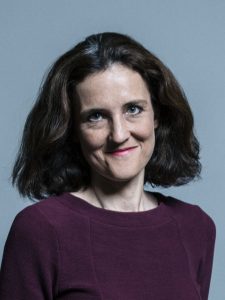 Her tenure was so brief that Villiers had very little opportunity to make her mark. However, she did visit Calderdale in Yorkshire in the aftermath of Storm Ciara with the promise of funding for flood defences. It won’t have escaped the notice of locals that part of the reason flooding occurred was that defences planned after flooding in 2015 were incomplete. Also, it’s not clear if Villiers was promising new funding or a continuation of plans she announced in September 2019. She reiterated the point from the September announcement that the projects were “complex”. Maybe this referred to the nature of the flooding threat in the region.

In 2010, the Environment Agency published a ‘Catchment Flood Management Plan’ for the River Calder area. This speaks about the need “to improve the condition and function of the upland environment to reduce runoff and the high frequency of local floods”. In all, there are four mentions of the word “upland” in the document but none actually say what the ‘function’ of those uplands is. There’s no mention of ‘moorland’ or, crucially, ‘grouse shooting’. Yet many residents are certain that burning and draining of the moors above their towns has meant that rain washes much more quickly from the uplands into the streams and rivers, which then breach their banks lower down. And they’ve almost certainly got a strong case. Villiers would have done well to acknowledge this. 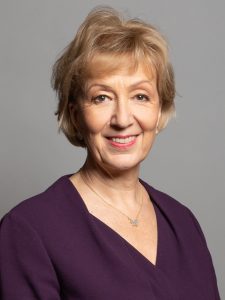 After initially announcing underwhelming ‘temporary flood defences’, Leadsom later spoke of her support for “natural defence initiatives such as planting trees, which can slow the flow of water”. Evidence suggests her faith was well-placed. But the National Flood Resilience Review, published under Leadsom, still has very little emphasis on natural flood protection. 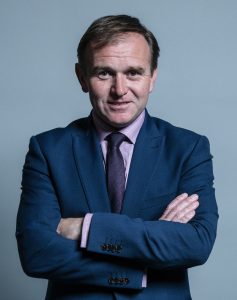 Let’s not get over-excited; he’s only been there for two weeks. But Eustice, faced with flooding from the moment he started the job, has so far made many of the right noises. He’s made the link between river flow and flooding, recognising that slowing down, not speeding up, rivers is generally the right thing to do. Even if it’s counter-intuitive. In a direct contrast to Truss’s plan to keep farmland dry, Eustice proposes using incentive payments to encourage farmers to allow their land to flood. This could happen as a result of rivers being dammed artificially or by re-introduced beavers. The result would be water flowing more slowly downstream towards built-up areas.

Before taking over as environment secretary, Eustice was farming minister for several years and developed a reputation for being very agriculture-friendly. He’s possibly one of the only ministers who could get away with such relatively radical (for a Tory) proposals. 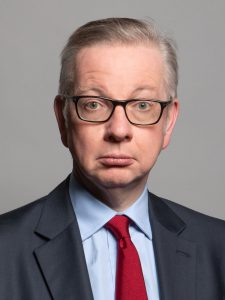 Historically, Gove could get away with things because he cared not one hoot what anyone else thought. He certainly managed to alienate almost every teacher during a scorched-earth term as education secretary. But when he took over at Defra, perhaps chastened by his dramatic but disastrous tilt at the party leadership in 2016, he adopted a different approach. Although he was accused of not actually achieving anything, no one could say the ‘minister for consultations’ wasn’t listening. And perhaps because of this, he began to develop a better reputation among environmentalists than anyone had expected.

In July 2018, Gove took part in the trial release of a pair of beavers in the Forest of Dean. One of the aims of the trial is to evaluate the beavers’ impact on flooding. A similar trial in Devon suggests the results will be beneficial. In November 2018, Gove announced long-term strategies which he said would look at “new philosophies around flood and coast management”. He spoke about “natural flood defences” and also the need to realign coasts in some places.

While it sticks in the throat to praise Gove for anything, there’s a sense that Defra moved forward while he was there. It’s on that progress that Eustice must now build. He needs to use his good credit with the landowning community to ensure that flood management becomes truly joined up. Doing this right could save thousands of people from floodwater misery in the future while also making our countryside healthier and more natural.