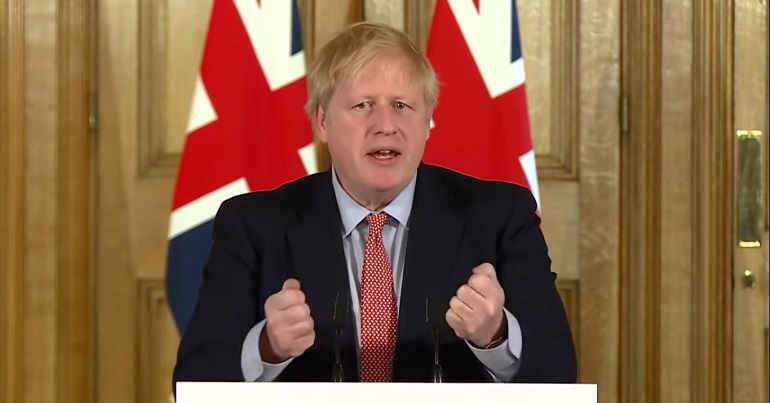 On Thursday 12 March, PM Boris Johnson made a statement about the government’s planned response to the coronavirus outbreak. He said there were no plans as yet to close schools or advise against large public gatherings. The response, pretty much, seems to be to let the virus do its thing even if it means that lives will be lost.

Some have praised Johnson for following expert advice despite him openly saying “many more families are going to lose loved ones”. However, to anyone who’s watched Shrek, Johnson might sound eerily similar to the infamous Lord Farquaad when he proclaims, “Some of you may die, but it’s a sacrifice I am willing to make”. The thought that Johnson can actually be compared to a cartoon villain would be laughable if we weren’t living through a pandemic.

While it sounds credible that the government response is based on expert opinion, there’s more that we need to consider. Not least that there are many experts in any given field and therefore many ‘expert opinions’. What’s surprising is that Johnson is listening to his own advisors while ignoring successful responses in other countries, most notably South Korea. Richard Horton, editor-in-chief of medical journal The Lancet, has described this as “a major error”:

The UK government—Matt Hancock and Boris Johnson—claim they are following the science. But that is not true. The evidence is clear. We need urgent implementation of social distancing and closure policies. The government is playing roulette with the public. This is a major error.

So here is another major mistake. The UK’s response needs to learn lessons from what happened in China and what is now happening in Italy. The UK’s policy is not evidence-based because it seems to be ignoring the most important evidence from elsewhere. Truly unbelievable. https://t.co/AyuCWUoyzh

Financial Times journalist Tom Hancock has described the government’s approach of building ‘herd immunity’ as “an unprecedented experiment”. And then there’s the fact that it’s possible catching the virus doesn’t build immunity to it. Hancock went on to describe the scale of casualties a ‘herd immunity’ approach could cause:

Based on South Korean fatality rates (among world's lowest due to agressive testing), this would mean at least 320,000 deaths, mostly among the elderly https://t.co/X0ookQS6vC

Moreover, the director-general of the World Health Organisation (WHO) Tedros Adhanom Ghebreyesus said on Twitter:

#COVID19 is a controllable pandemic. Countries that decide to give up on fundamental public health measures (like case finding and contact tracing) may end up with a larger problem, and a heavier burden on the health system that requires more severe measures to control.

This advice, combined with the South Korea example, would suggest that making testing more accessible and reducing contact through public gatherings is the obvious solution. So why are Johnson and his government doing the opposite? The answer might be more sinister than anyone wants to admit.

On 29 February, a Times article discussing the emergency response to the virus casually described how:

Ministers and officials are considering the trade-off between allowing an acute outbreak, from which the economy would rebound more quickly, and trying to save more lives by imposing restrictions on mass gatherings and transport.

Of course, restricting large gatherings and travel is going to slow down economic activity. People not leaving their homes to work, shop or socialise will impact service and retail industries. And the longer these measures last, the greater the impact. However, China’s response of extensive testing, self-isolation and social distancing has effectively controlled the spread of the disease. And reducing the spread of the disease means reducing potential deaths.

But in order to protect economic interests, rather than attempting to reduce the number of cases and potential deaths, the government’s plan is to ‘stagger’ them over a longer period of time.

“Take it on the chin”

Johnson appeared on ITV‘s This Morning last week saying we could allow the virus to “move through the population” and “take it on the chin”. This line might be less indicative of a ‘survival of the fittest’ attitude if Number 10 hadn’t, just weeks before, refused to deny Johnson’s belief in eugenics. And this is combined with the many issues Johnson didn’t address in his speech – chronic underfunding, understaffing, and a lack of bed spaces which will no doubt impact the NHS’s ability to respond effectively. Plus the “black hole” in social care that already shows this government’s disregard for elderly people. Suddenly Johnson’s commitment to reduce the human cost of this epidemic starts to look increasingly questionable.

He claims that the government “will be providing money” and other forms of support to help people through this crisis. But given the Tories’ general aversion towards public spending, and Johnson’s many lies in the past, his commitment to acting in the public interest during this pandemic remains doubtful.