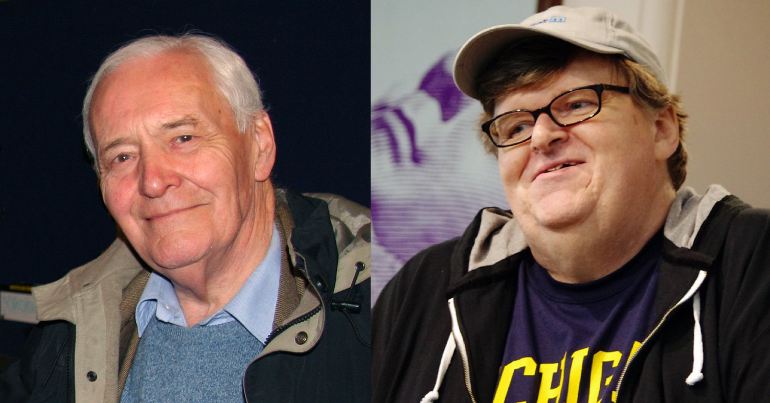 The World Health Organization has declared the coronavirus outbreak is a global pandemic. While the US seems to be less affected than Europe, the Trump administration’s response has so far been almost comically inept. But having a semi-literate buffoon in the White House is not the only problem; the US has a structural problem that long predates Trump’s election to the presidency. And from beyond the grave, UK Labour Party legend Tony Benn hit the nail on the head – years before the outbreak even happened.

On 9 March, a Twitter storm erupted when Trump retweeted an image posted by the White House’s social media manager Dan Scavino. The image depicts Trump playing the violin with the caption, “My next piece is called… Nothing can stop what’s coming.”:

Who knows what this means, but it sounds good to me! https://t.co/rQVA4ER0PV

Both Trump and Scavino were apparently oblivious to the fact that the meme is a reference to the popular legend that the Roman Emperor Nero ‘fiddled while Rome burned’. Other social media users took to Twitter to mock them:

Yet both of you are too stupid to get it

It means that Nero fiddled while Rome was burning, but you play golf and post stupid memes while many Americans are at risk of contracting the coronavirus.

Clearly, if Trump can’t even see when he’s being mocked that speaks volumes. But even if there were a more competent person in the White House, the US would still be at a major disadvantage compared to other developed countries when it comes to dealing with the outbreak. This is because its private healthcare system is geared around making profits for health insurance companies and their shareholders and CEOs rather than fairly delivering care to the public.

And this highly individualistic system ends up being penny-wise and pound-foolish (or perhaps dollar-foolish!). Not least because the US spends roughly double that of other developed countries on healthcare as a percentage of GDP – yet largely ends up with worse public health outcomes. But there’s an even bigger reason why this system is ill-suited to dealing with the coronavirus: the rather obvious fact that each individual’s health is impacted by other people’s health.

Hitting the nail on the head – from beyond the grave

This point was summed up perfectly by the late Labour legend Tony Benn. In an interview with Michael Moore for his 2007 documentary film Sicko – a brutal exposé of the failures of the US healthcare system – Benn said:

Benn added that in the “old days” even the fire service was privatized – yet, just as with healthcare, it made no sense because one burning house can mean that the house next to it catches fire as well. His words were echoed by Vermont senator and Democratic presidential candidate Bernie Sanders in a public address about the coronavirus on 12 March. Sanders said:

If our neighbor or coworker gets sick, we have the potential to become sick. If our neighbor loses his or her job, then our local community suffers and we may lose our jobs. We are in this together.

Clearly, it’s high time that the US catches up with the rest of the world and adopts a publicly-funded universal healthcare system. Perhaps the coronavirus outbreak could have one silver lining insofar as it rams home to the US public just how inhuman and outdated the status quo really is.