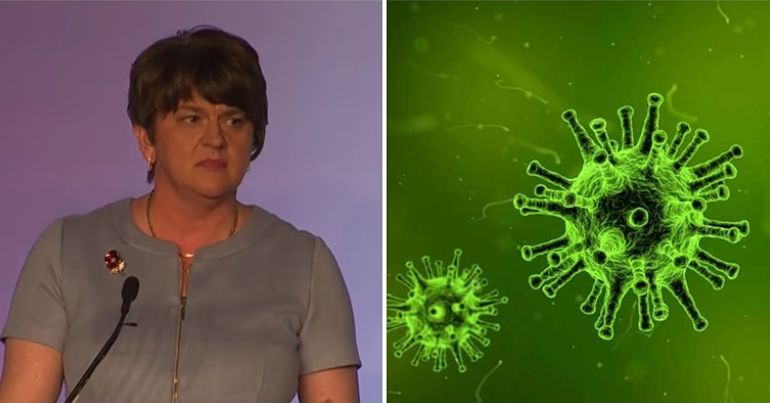 Following the publication of the Renewable Heat Incentive (RHI) scheme’s report on 13 March, first minister for Northern Ireland Arlene Foster has apologised for her “failings in the implementation” of this scheme. She also said she‘s:

And as the north of Ireland has so far refused to close schools and universities in response to the coronavirus (COVID-19) pandemic, we can only hope this isn’t another ‘mistake’ in the making. And one with much more serious consequences that could actually be “detrimental to Northern Ireland”.

On 12 March, taoiseach Leo Varadkar (Irish prime minister) announced the closure of all schools, colleges, childcare facilities and cultural institutions in the south of Ireland. He also announced the cancellation of indoor gatherings of over 100 people and outdoor gatherings of over 500 people. These closures and restrictions will remain in place until 29 March. But according to the chief medical officer in the south Dr Tony Holohan, this period could be extended.

The north of Ireland, by contrast, hasn’t yet decided to close schools or universities. Yet it also claims to be following expert advice. Foster, who’s also DUP leader, believes the UK should follow a “common sense approach” to tackling coronavirus. An approach that has been criticised and condemned by experts.

Foster’s position has met with much local opposition. So far, the leader of the Catholic church in Ireland called on the education minister to close schools in the north. And despite the official position in the north, some universities there are making preparations to close. They’ve also cancelled events of over 1,000 people on all campuses.

And with political leaders in the north and south of Ireland meeting on 14 March, those respective positions still haven’t changed. But Sinn Féin (SF), which shares power with the DUP, supports the position of the southern government. This is a change from its initial position to keep schools and universities open. Additionally, communities minister Deirdre Hargey of Sinn Féin announced measures to “deal with any disruption to services” as a result of the global pandemic. And Colum Eastwood, leader of the SDLP, has also called for schools to close in the north.

He said, “people should ignore Sinn Féin and follow the advice of professionals”. But he also admitted that while “the closure of schools at this stage could be counterproductive” that “there is no doubt schools will close at some stage”.

Arlene Foster was the north’s enterprise minister. And she set up the RHI scheme in November 2012. Its purpose was to encourage people to move from using fossil fuels to renewable sources of heat. But it eventually closed in February 2016 amidst great controversy. In fact, it became a scandal that led to the collapse of the north’s political framework in 2017. Also flaws in the set up of the RHI scheme risked it going over budget and costing the taxpayer as much as £700m. The institutions didn’t reopen until January 2020.

In an interview, Foster also said:

I welcome the report, I do of course accept the findings, not only against me but against [the DUP]

Foster went on to say:

I said I didn’t think that I’d done anything wrong, of course we’ve now had the forensic account, and so with hindsight I can see that there are issues that I should have dealt with in a different way

What should we expect?

Foster admitted she hadn’t even read the legislation that set up the RHI scheme before presenting it to the Assembly (the north’s parliament) in 2012. Her mishandling of the RHI scheme, now evident through this latest report, calls her credibility into question. And therefore so can whether she can be relied upon to respond effectively to the current pandemic.

If Foster has learned from her mistakes – as she claims to have – we can only assume she’s read the medical advice on the COVID-19. Let’s hope she has, because if not, this would develop into a much more costly and inhumane scandal. One where a mere apology would certainly not suffice.