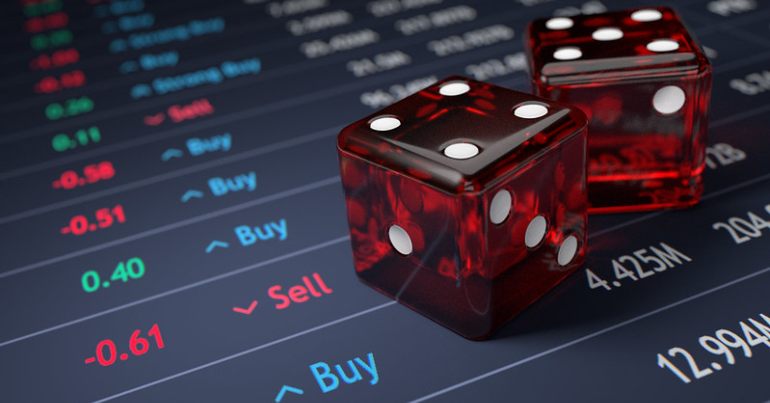 In the weeks since the new coronavirus (Covid-19) has spread around the globe, the stock market has been going haywire with abrupt ups and downs. In the midst of the chaos, the US government has been on the fence about how to respond. The reason is simple – the US capitalist economy isn’t built to handle this kind of crisis; it’s built to maintain constant growth and profit.

Do we really need the stock market?

On 12 March, US stock markets suffered their biggest drop since the infamous ‘Black Monday’ of 1987. Markets were shut down via so-called ‘circuit breaker’ measures that were enacted after stock values fell by over 7% within minutes of the opening of trading on Thursday morning. There was a brief rebound the following day when, on 13 March, Donald Trump announced emergency measures including a deal with corporate giants such as Google, Target, and Walmart to expand testing for the virus.

But on 18 March, markets tumbled again, almost entirely wiping out Trump’s touted economic gains since he became president. Stocks continued to plunge for days thereafter until, on 24 March, lawmakers and media outlets alike raised the possibility that stock markets should be temporarily shut down. Amidst these calls, a member of the US congress made a startling admission. Pointing out that “short-sellers” – traders who essentially bet on stocks falling during a downturn – will likely take advantage of the situation, representative Joe Manchin said “It’s not an industry that we have to have.”

The Trump administration, however, has responded to these shutdown calls by arguing that “our country wasn’t built to be shut down.” Here, Trump is actually spot on; and he perhaps unwittingly exposed the parasitism of the country’s casino-capitalist system and its ill-suitedness to working in times of crisis.

As economic theorist Hyman Minsky pointed out, financial systems in advanced capitalist economies are inherently unstable. Minksy wrote that “The processes which make for financial instability are an inescapable part of any decentralized capitalist economy.” And the reason for this is straightforward; these economies are based to a large extent not on actual production but rather on speculation. So much so that the fate of the economy is increasingly determined by complex kinds of speculation that only those who work in the business really understand.

As a result of this instability, capitalist economies tend to suffer from periodic and increasingly severe crises. The stock market crash of 1929, for example, led to the Great Depression in the US. And in a cruel irony, Western governments have needed to intervene in order to save the capitalist economies from imploding – destroying the right-wing myth of ‘small government’.

Unfettered market capitalism actually needs huge levels of government intervention to bail it out when these periodic crises inevitably arise. Following the 2007/8 financial crash, for example, the administrations of both George W. Bush and Barack Obama bailed out the banks whose shady dealings had led to the crisis in the first place, yet gave only measly support to the homeowners who had been hit by subprime mortgage dealings. Noam Chomsky has dubbed this process “socialism for the rich, capitalism for the poor”.

Worse still, the economic crisis created by the coronavirus outbreak has rammed home that capitalist economies aren’t based on anything resembling the meeting of human need, but on maintaining profits in an increasingly imaginary world of arcane financial instruments whose values are bet upon by financial sector insiders.

The twisted logic of this system has now reached peak absurdity. Some of its supporters now essentially claim that people should accept their own death in the service of neverending growth and profit. On 23 March, for example, one Texas politician said ‘grandparents’ should consider risking their lives by rejecting social distancing for the sake of “keeping the America that all America loves for your children and grandchildren”. This, of course, meant protecting his Republican Party’s orthodoxy of unfettered ‘free’-market capitalism – at all costs.

This has exposed the fact that modern capitalism is not just inherently unstable, unsustainable, and unsuited to meeting the needs of humankind, but has degenerated into nothing short of a death cult. Capitalist governments are now scrambling to maintain endless growth and profit – no matter what the cost in human death and suffering.

If there’s one silver lining to the outbreak, it’s that it’s exposed how hopelessly outdated, unworkable, and inhuman the West’s cherished economic status quo really is. In the year 2020, we are now truly learning what Rosa Luxemburg meant when she spoke about the crossroads between “transition to socialism or regression into barbarism”.