It's official: coronavirus has shown that men and women still don't have equality - Canary 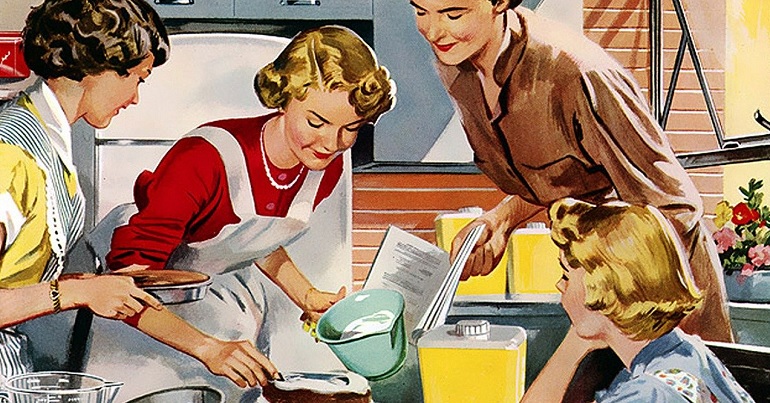 New research from the Institute for Fiscal Studies (IFS) has revealed some telling stats about life during the coronavirus (Covid-19) pandemic. But it’s exposed something most women probably already knew: that far from them having equality with men, the patriarchy is still alive and kicking in society.

The IFS has published research into how lockdown has affected men and women in “two-parent, opposite gender families”. The data was collected from the end of April. It looks at how parents have been juggling work, child care, and household responsibilities. Essentially, it has revealed what men and women have been doing and how their roles differ. But the results, while unsurprising, are a compelling yet unsettling insight into how little equality has actually moved forward.

There were several main points in the IFS research. It found that:

The IFS also found that:

These facts and figures are mind-boggling. But perhaps a symptom of the state of UK society.

A 2017 British Social Attitudes survey found that nearly three quarters of people didn’t believe in the “traditional” gender roles of men earning the money and women doing the childcare and housework: 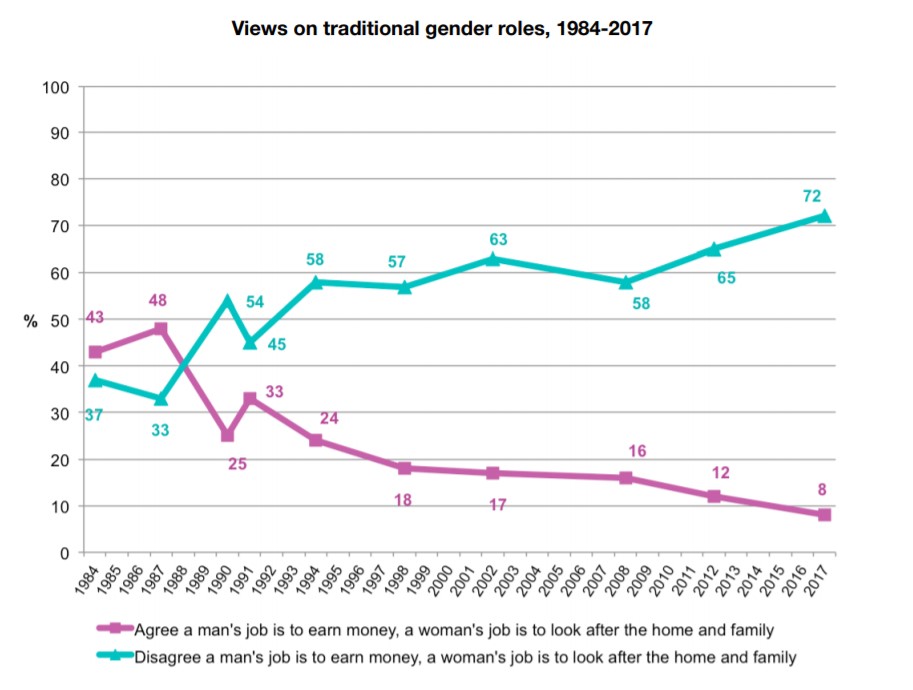 But while people’s views may have changed, the reality doesn’t seem to have shifted that much.

Research published by University College London (UCL) in 2019 found that, for some families, these ‘traditional’ roles had not really changed. UCL said that:

Women still do the bulk of housework, even in couples with similar levels of education, time in paid work and shared beliefs about gender roles

When it comes to housework and caring, we see gender equality remains rare and gender norms remain strong. …

Our study suggests that even couples who share egalitarian ideas about the roles of men and women may not be able to counter potential obstacles to equality in the UK.

But why do these different roles for men and women still remain entrenched in UK society?

Oliver Burkeman wrote in the Guardian that opinion is divided. There are several issues: both men and women still, sometimes subconsciously, conform to gender rules; men not being so houseproud; and corporate advertising still pushing these patriarchal values. And the jury is out. There’s even swathes of Marxist theory on the subject of housework.

But maybe most people’s thinking on gender roles specifically around housework misses the bigger point: why does society have an obsession with how our homes look and are maintained in the first place?

With the advance of capitalism during the Twentieth Century, the division of labour and class accentuated also a division of gender. If the Second World War created the conditions for the development and the spread of international architecture throughout the western world, the techniques and materials developed by war industry also catalysed the development of appliances marketed for women, to efficiently manage housework. In this way, the idea of domestic happiness was born.

In short, corporate capitalism loves society being houseproud. It’s given birth to a constant stream of new household appliances, cleaning products, and TV shows about how our homes should look. All this in reality has the goal of making us spend more money. Of course our homes should, for example, be hygienic. There are, though, ways this can be done without having to buy chemical-based, branded products. But this in itself is also self-defeating under corporate capitalism. Because women now work more than ever, so the time for people to make their own cleaning products is probably not there for most.

So, it seems that while patriarchal gender stereotypes still play some role in how men and women behave in the worlds of home and work, maybe we should be questioning more why we do paid work at the rate we do, and why we obsess over our homes in a similar way. The IFS research has documented a group of sociological symptoms that have emerged during the pandemic. But maybe the deeper illness is actually corporate capitalism and the way we function as a society.