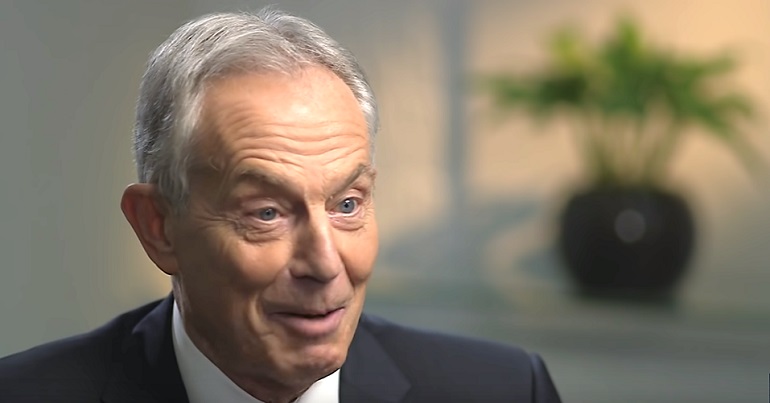 A Joseph Rowntree Foundation (JRF) report has revealed that in the 2019 general election more low income people voted Conservative than Labour. The report says it’s the “first time in recorded history” this has happened. But that’s not really the whole story. Because data from previous elections tells a similar tale. And it’s one that’s been brewing since the Tony Blair years.

The “low income voters” that lost it for Labour?

The JRF’s report is overarching. Called Low-income voters, the 2019 General Election and the future of British politics, it paints a worrying picture of where UK society is at for the poorest people. In short, more low-income people voted Tory than they did Labour. The JRF noted the shift in a graph:

It detailed how poverty, geography, and Brexit all played their roles in this change. The JRF report summed up by saying:

In previous reports for JRF, we showed why these low-income voters had become ‘up-for-grabs’, revealing how many were ‘cross-pressured’ by their strong desire for greater economic redistribution but also support for leaving the European Union. This was an outlook that did not fit neatly onto the existing political map. In this report, we have shown how Conservatives became the main beneficiary of this tension. Their call to ‘level-up’ the nation and redistribute resources away from London to the regions, combined with a clear line on support for Brexit, appealed strongly to voters who had traditionally aligned themselves with Labour.

The Labour Party’s drift, under Jeremy Corbyn, to a stronger pro-Remain position, while holding the line on economic redistribution, has weakened its relationship with low-income voters. Against this backdrop, Labour lost its historic lead among low income voters.

But using ‘low income’ as the only measurement in this analysis fails to present a historical picture of how we got to this point. Because using a different method, social grade, shows a picture of the decline of Labour getting the traditional working class vote.

In short, as UK geographics describes, there are four brackets of social grade:

It’s the C2s and DEs where Labour’s problem has been for the whole of the 21st century.

But the difference between the two groups was that by 2010, more C2s voted Tory than Labour (37% to 29% respectively). Whereas DEs still favoured Labour more than the Tories (40% to 31%). Even so, this 40% of DEs voting for the party was still the lowest on record, thanks mostly to a rise in Lib Dem voters.

So, the moving away of the working classes from Labour began in the early 2000s under Blair. But post-2010 the problem became entrenched.

By 2015, Labour had won back a few C2 voters – but the rise of UKIP meant many who previously voted Tory didn’t this time; a pattern also seen in DE voters. But with them came only a one percentage point increase for Labour (from 40% to 41%). Given that five years of Tory austerity had already been biting, the signs weren’t good. The voting percentages were as follows:

In 2017, the rot in the C2s further set in. The breakdown of voting was as follows:

But also, as Ipsos Mori noted, the warning signs of a DE swing to the Tories were already there.

Moreover, it was the best voting record for the Tories in DEs since Ipsos Mori began. The problem for Labour essentially being that the DEs who voted for UKIP in 2015 didn’t swing back to it, even with Jeremy Corbyn’s “for the many” manifesto.

The answer is easy: corporate capitalism.

‘Aspiration’, the key driver of the system that serves as the carrot on the end of the stick the 1% dangle, is embedded in our lives. From Thatcher’s Right to Buy scheme, via the perpetual new versions of the iPhone, we’re all encouraged to want more; aim for higher, and we’re told we damn well deserve it too. Pre-Thatcher, the world was less about ‘keeping up with the Joneses’ outside of the US and the British middle classes. But after she smashed the trade unions, deindustrialised huge sections of the country, and let off the “big bang“, the holy corporate trinity of greed, power, and material things became dominant in all our lives.

For some, aspiration can manifest – from foreign holidays, to owning your own home and having a new car. But for many, not least in the DEs, it remains elusive. So eventually, you’re left wondering why your aspirations are constantly crushed by a system that paradoxically tells you aspiration is good and achievable. It was this, in part, which drove Brexit. The poorest people know the system doesn’t work for them. They also know that the system is under strain – they see it in their everyday lives. A change, no matter what it was, seemed good.

Overall, Labour has never properly managed to counter this capitalist sermon. For most of the past 40 years, it’s played into it. Corbyn’s somewhat radical agenda was different. But clearly it didn’t seep through to the poorest people in the UK. And so, we’re in the almighty mess we’re in now.

Sadly there’s no party political answer to this capitalist problem. Undoing decades of conditioning which makes many of us, even subconsciously, believe that greed and the accumulation of wealth and belongings are good, cannot be undone by free broadband and clapping for NHS staff. It can only be done by a collective awakening to the fact that, really, aspiration is a sham; a game that keeps the majority of us so preoccupied with our mundane and fruitless lives that we don’t notice the 1% laughing their heads off at us.

That’s not a Labour Party problem. That is a species-level problem that will eventually require a colossal shift in the thinking of nearly everyone on the planet. Until then, anything else is just a sticking plaster.