Which part of liberty, equality, and fraternity is surveilling Muslims? - Canary 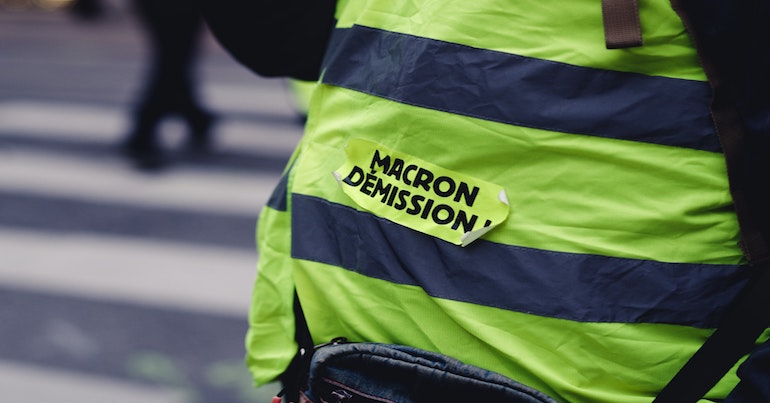 Correction: the original headline and article published on 21st November 2020 falsely implied that only Muslim children in France were to be given ID numbers under a new bill. The headline and article were corrected on the 23rd November 2020 to reflect the fact that most children in France already have ID numbers but that under the new proposal this will be extended to children who don’t attend state schools.

A number of terror attacks in France over the past month is the latest excuse for France’s storied history of Islamophobic policies.

Giving children an identification number under the law that would be used to ensure they are attending school. Parents who break the law could face up to six months in jail as well as large fines

The bill will be discussed next month in France’s Parliament, but alarm bells should have been ringing for some time now.

Most children in France are already issued an identifiant national élève (INE) when they start state school which identifies them while in education. However, the new bill proposes to extend this policy to home-schooled children and those educated outside of the state school system. This has specific consequences for Muslim children, as one commenter pointed out:

If that’s the case, then the argument that the policy applies to everyone and therefore isn’t Islamophobic is similar to Prevent logic and is an approach we must avoid. Some bodies will always stick out more than others.

Interior Minister Gérald Darmanin, who co-wrote the bill, told Le Figaro newspaper that “we must save our children from the clutches of the Islamists.”

Extending child ID cards under legislation that more broadly targets Muslims is plainly fascist. There’s no other way to slice it. What other kind of analysis can we offer here? What’s the point? France has been targeting its Muslim community repeatedly.

Macron also asked the French Council of the Muslim Faith (CFCM) to accept a charter of “republican values” over the next 15 days.

Part of the charter also asks Muslim leaders to agree that Islam is not a political movement.

The continual alignment of Islam, the religion, as one possessing political qualities breathtakingly misunderstands the concept of religion.

I can barely believe it needs saying, but people who are religious will also possess political tendencies.

The empire keeps striking back

David Cameron and Theresa May oversaw changes to Prevent policy which repeatedly called Islam an “ideology” while pushing forwards British “values” as something specific to Britain and British life.

The oppositions flying around in these terms are not accidental. Cameron and May made the rhetorical choice to tie ‘Islam’ to ‘ideology.’ This choice clears the way for future Islamophobia, as sanctioned by the government.

Macron’s decision to align ‘Islam’ with ‘political’ has a similar purpose. It’s trying to create an opposition between good Muslims who follow the rules of the state unquestioningly, and the ‘political Muslims’ who oppose the state. The assumption is that opposition to the state, then, is a political reaction, rather than a reaction to regressive, fascist discrimination.

Opposition to fascism is a moral imperative, not just a political choice.