New Year's resolutions: Here’s why I’ll be joining a Trade Union in 2021. - The Canary 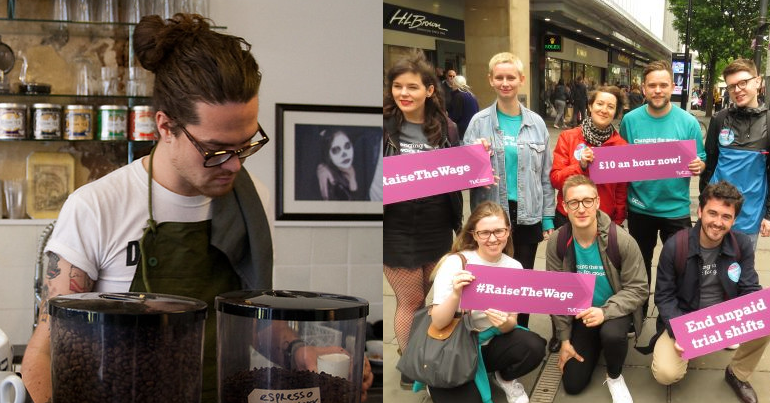 I think it’s fair to say that the UK is glad to see the back of 2020. While exercising more, eating healthier, or quitting smoking might seem like more typical resolutions to put on the list for lockdown in 2021, this year I plan to join a Trade Union.

In the unlikely event that, like me, you have spent the past week pouring over the 1,200-page trade deal that the UK has agreed with the EU, then you may share my concern that it contains scant protection for workers’ rights.

If there’s one thing that’s clear from the mammoth document, its that the trade and cooperation agreement will prove a poor substitute for the protections currently afforded to workers within the EU. Everything from limits on working hours to maternity rights are supplied by European law and supported by the legal infrastructure of the European Court of Justice.

Article 6 of the trade agreement guarantees ‘fair working conditions and employment standards’ to workers without defining what fair looks like – leaving the Conservatives, who count the introduction of zero-hours-contracts among their proudest achievements, free to lower the bar.

Meanwhile, the promise that workers’ rights should not ‘weaken or reduce’ after the transition period ends lacks a robust enforcement mechanism. Although the agreement requires the UK to conduct an internal review every few years to ensure that current standards are maintained, there is no requirement for it to be carried out by an independent body or for its recommendations to be legally binding.

There’s little hope that the EU will step in to enforce non-regression as Brussels typically shies away from imposing sanctions on bilateral trade partners when labour or environmental standards are breached.

All-in-all, with the UK facing pressure to compete at the international level and suffering the worst economic fallout from the coronavirus of any G7 nation, the likelihood of workers facing harsher conditions in 2021 is high, particularly for the young.

Put simply, widespread job insecurity opens the door to exploitation by employers. Workers under the age of 25 have been hit the hardest by the pandemic with 1 in 10 losing their jobs and 6 in 10 experiencing a loss in earnings.

That’s why I’m planning to join a trade union in 2021: the power of unions will likely prove an important antidote to the further deregulation of Britain’s labour market.

Currently, although 16-25 year olds are among the most vulnerable workers, less than 5% are union members. I think apathy towards trade unions stems from their inability to shake a damaging association with the communist era, which has led to a dramatic decline in membership across Europe since the end of the Cold War.

Nonetheless, unions offer workers crucial bargaining power at the level of national policy, when organising for better pay and conditions with employers and when protesting mistreatment in the workplace. As such, they are poised to be an important check on power both by ensuring that workers are aware of their rights and preventing further slippages of labour standards.

Stepping up to the plate will require union activists to make clear to the public that unions are a strong voice for workers, including young people whose confidence they must win.

One thing I don’t want to wave goodbye to in 2021 is workers’ rights. Collective action and communitarian politics is the best way to safeguard progress in the troubling months ahead.

Ask colleagues at work if they are in a union or use the TUC find a union portal.

Even if you’re not in work, you can become a community member of Unite or join a grassroots union like Acorn.