People are outraged at Keir Starmer’s lockdown response - The Canary 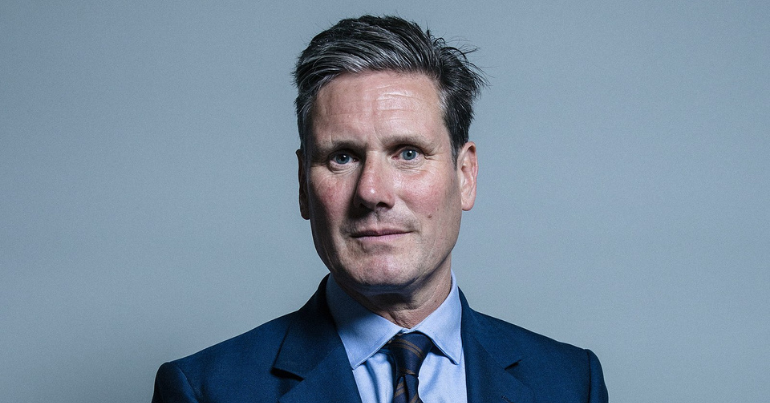 Members of the public have expressed their frustration with Keir Starmer’s failure to advocate for increased safety net measures in the new lockdown.

On the evening of 4 January, the Labour leader appeared on BBC News and was asked whether Labour thought there was a “notable absence” from the government’s lockdown measures. Starmer replied:

Not an absence. I think the most important thing is the messaging about ‘stay at home’ and going back to the spirit of March, because a lot is now going to depend on the willingness of people to comply, and I urge everybody to comply with the package that the prime minister has just outlined, to follow the guidance.

Meanwhile, organisations like the Trades Union Congress (TUC), the Joseph Rowntree Foundation (JRF), and the Renters’ Reform Coalition have urged the government to introduce measures such as increasing sick pay and lengthening the eviction ban during the new lockdown.

Asked if anything is missing from the PM’s measures, Starmer says no

This is piss poor, frankly pic.twitter.com/WNCpoa18Mz

Someone, should hand Keir Starmer the note that tells him that cheerleading the present Tory government isn't what the leader of a government in waiting should be doing, during this shambolic, deadly handling of a pandemic by Boris Johnson. #lockdown, #COVID19

The TUC is currently urging the government to increase sick pay for workers in self-isolation to help control coronavirus (Covid-19) cases.

Statutory sick pay is currently £95.85 per week. The TUC is calling on the government to increase this to £320 per week, as well as making sure all workers receive it.

The government must do everything possible to slow down the spiralling rise in Covid-19 cases. With the virus becoming more infectious, it’s more important than ever that people self-isolate when they develop symptoms. But the lack of decent sick pay is undermining Britain’s public health effort and is forcing workers to choose between doing the right thing and being plunged into hardship.

Ministers must stop turning a blind eye to this problem and raise sick pay to at least the real living wage of £320 a week. And they must ensure that everyone has access to it.

This view was also echoed by social media users:

When Keir Starmer was asked on BBC news if anything is missing from the latest measures, he said no…

Erm, maybe how sick pay is only £96 a week which no one can live on, and therefore people with covid will have to chose between poverty or risk spreading the virus at work?

Just some of the measures that should be taken now:
– Freeze rent
– Ban evictions
– Increase sick pay
– Support for carers
– Scrap the two child cap
– Support for single parents
– Provide internet connection for all

Several campaign groups have called for the eviction ban to be extended. The ban on ‘no-fault’ (section 21) evictions is due to end on 11 January.

This will allow landlords to evict tenants without having to prove any faults. According to a poll in November by the JRF, more than 350,000 people have either been served eviction notices or discussed eviction with their landlords.

In December, housing organisations came together to form the Renters’ Reform Coalition, to press for an extension to the ban as well as more protection for private renters.

Again people on Twitter were on hand to highlight what Starmer missed:

2. Confirmed access to free school meals will continue but not how. Cash grants are the best & most dignified way to ensure families can afford essentials.
3. Evictions: we must have a watertight ban for the next few months and deal with rent arrears before it's lifted…2/3

Is there anything you'd like to see in there? Sick pay? Eviction protection? Furlough structure? Pupil provisioning funds? Vax roll out to keyworkers? A crumb of opposition, please? https://t.co/IkRthUVp5d

A national lockdown is necessary to save lives, but it must be fully funded.

The national lockdown must be accompanied by full financial support.

We need to protect the most vulnerable.

And at least Labour’s deputy leader appeared to have a better handle on the situation:

Only a government as useless and incompetent as this would announce months of lockdown without any support for people to get through it – sick pay and support for those isolating, business support, the millions who have been excluded from support, Universal Credit, home learning.

Starmer’s response was shameful. At a time when millions of people on low incomes and in precarious work will be scared and anxious about the future, Starmer chose to cheerlead the government rather than doing his job and advocate for the solutions that so many people desperately need.