Contrary to what you might have read, many people in Cornwall oppose the G7 - Canary 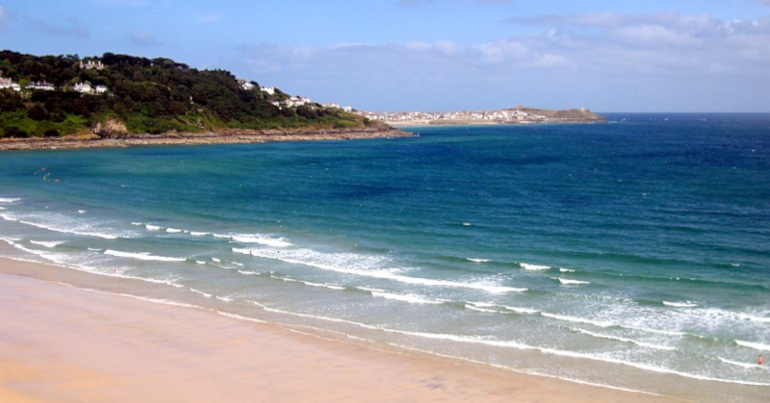 It’s recently been reported in the mainstream media that the G7 summit will be held in Cornwall this June.

The G7 leaders – of UK, US, Germany, France, Canada, Italy, and Japan –  will be hosted at the four-star Carbis Bay hotel, complete with spa and beach access. Rooms cost up to £2,500.

Media reports have, so far, uncritically focussed on how great the summit will be for Cornwall. But many local residents are angry that the summit has been dumped on their doorstep.

The summit will be held just a mile away from St. Ives. Parts of St. Ives have the highest rate of child poverty in the country, with a staggering 36% of children in the town living below the poverty line. Cornwall faces some of the most extreme poverty in Europe, and prior to Brexit received European funding due to the levels of deprivation residents face. Meanwhile, local people are priced out of the property market due to the prevalence of second homes and holiday lets. In fact, Cornwall has the highest number of empty and second homes in the country.

The business media is already crowing about how the summit will be good for the local economy. For example, the Proactive Investors website wrote earlier this week:

Boris Johnson bringing the leaders of the industrialised world together on Cornish soil will no doubt be a temporary shot in the arm for the local economy, and present an opportunity for local businesses to sign banner deals.

However, it seems likely that this supposed “shot in the arm” will only be for elite venues like the Carbis Bay hotel. For ordinary people in Cornwall, the summit means a potential occupation by thousands of police and military personnel. Freedom of movement is likely to be significantly restricted for locals.

As an event that, in the past, has boasted of 2,400 delegates from all over the world, the summit will clearly bring significant additional risks of spreading coronavirus (Covid-19). The area, having previously had a low infection rate, is now struggling with increasing transmission rates that rival London in some areas.

“This has been dumped on our doorstep”

The Canary spoke to a local resident living a matter of miles away from the Carbis Bay hotel who is dismayed at the proposed summit:

Contrary to what you might have read in the local and national press, many people in Cornwall oppose the G7. This has been dumped on our doorstep without community consultation and we’re the ones who’ll have to live with the consequences, including a massive police and security operation on our doorstep; an operation which will undoubtedly cause massive disruption to local people.

Cornwall is one of the poorest places in Europe. Behind the facade of beautiful vistas, there is deep poverty. Residents are supposed to be grateful that the G7 will bring money into the area. But it won’t bring investment that will make any meaningful difference to people’s lives. It won’t make a difference to young people who are priced out of the area by second home owners or households struggling to pay the bills or feed their kids.

There is no infrastructure in Cornwall. There is one hospital with ICU capacity that is struggling with the pandemic and struggles in the summer. The last thing we need is the world descending on Cornwall, especially in the middle of a pandemic.

An army of police

The 2005 G8 (which was the current G7 plus Russia) summit at Gleneagles in Scotland cost £90m, with £72m spent on a massive police presence at the event. 10,000 police officers from all over the UK were drafted in to provide security for the event. The military was deployed too, with riot police flown in on Chinook helicopters. Undercover police were deployed to spy on anti-capitalist protesters.

Similarly, the 2013 G8 summit in Northern Ireland saw 8,000 police officers deployed, together with mobile water cannons. A four mile long fence was erected around the summit venue. The costs of the 2013 summit totalled £82m, less than half of which was spent within the local economy.

Local businesses in Fermanagh, where the 2013 summit was held, said that the event was “devastating” for local tourism, and complained about restrictions on their movement during the summit.

A forum for domination by the most wealthy and powerful

In the late 1990s and early 2000s, summits like those of the G8 drew the attention of global anti-capitalist movements. Meetings like the 1999 Seattle World Trade Organization meeting became flashpoints between anti-capitalist rioters and the police.

In 2005, the G8 came to Scotland, and UK anarchists and anti-capitalists mobilised against it. The Dissent network wrote at the time:

G8 stands for group of eight nations. It is an exclusive grouping of the political leaders of eight specific countries. It is not an institution, it has no constitution or charter, and it has no permanent secretariat or headquarters. These are of course the world’s most industrialised, wealthy and powerful States.

The G8 began as a group of six countries at a time of significant global economic insecurity in the 1970’s. The leaders of these countries would argue that they gathered, as the leading nations, in order to manage this crisis in the interests of global stability. A stability that of course ensured that they retained their power, with their interests at the heart of the global agenda and this has meant the nudging of the global economy in a direction which reinforces the supremacy of private and corporate interests over democratic and collective ones. (e.g. favouring privatisation, deregulation, capital mobility and the erosion of sovereign control over domestic economies)

The membership of the g8 has evolved over time to include the US, UK, France, Germany, Italy, Japan, Russia [until 2017], Canada and the president of the European Union. The scope of the topics of discussion have also evolved from the first, supposedly one -off meeting that focussed on macro-economic policy. Now issues of security, trade, relations with developing countries and other trans-national issues and even domestic issues, such as employment have been discussed.

It is important to be clear that the G8 Summits are not a policy-making forum. They are a time for the leaders of these states to network and build relationships. They are a time to discuss complex international issues and crises, to allow for a more powerful collective response.

The co-ordination of these nations and their unequal influence over international institutions such as the WTO, IMF and G20 ensures that their interests dominate the world order.

As such the G8 Summits have always been a focus for protests and counter summits.

The G7 stands for exactly the same thing as the G8 did back then. It’s a meeting of the leaders of the world’s most powerful nations, designed to maintain our unequal global capitalist system, where a handful of leaders in the Global North dominate the Global South – as well as the rest of us.

The local resident we spoke to said that people have started organising against the summit, although any protests will be dependent on the situation with the pandemic:

Local people will resist and we are mobilising against the summit. The fightback is just beginning. Any protests will be pandemic dependent – but as local people we will make sure that it is known loudly and clearly that the G7 is not welcome here.

A microcosm of our unjust global system

The way the G7 summit has been forced upon the people of Cornwall, during a global pandemic, is a microcosm of our unjust global capitalist system. A system where the most powerful can turn people’s lives upside down without consultation. Where the police and military are drafted in to protect the few, while ordinary people are forced to navigate security checks and police checkpoints. A system where the fact that extreme poverty exists alongside wealth and luxury is seen as normal.

All of this is just another reminder that we need to build a truly democratic alternative to our current system, one where ordinary people have autonomy over their own lives. This democracy does not exist within the walls of Westminster, and it certainly won’t be found at the four-star Carbis Bay hotel. The seeds of it can be found right now in the ways that our communities support each other and continue to defend themselves against capitalism, and it can be seen in the revolutionary struggles being waged globally. If we are ever to move beyond this unjust global system, we must build our power from the bottom up, until it can truly challenge theirs.