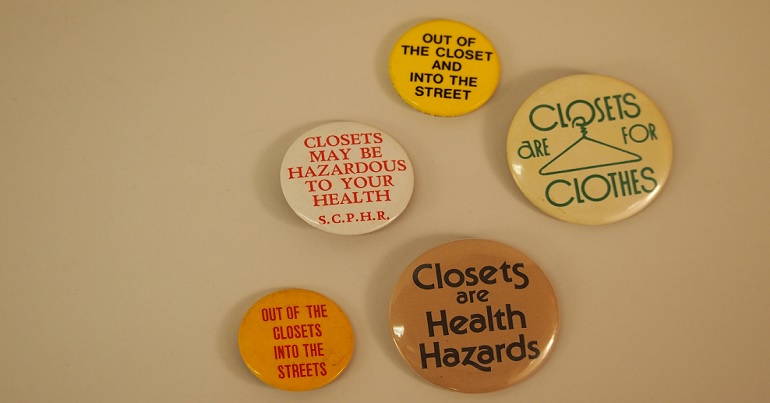 An international conference in its fifth year is taking place in Liverpool this March. The organisers aim to shine a light on the hidden history of LGBTQ+ activism that’s often forgotten by the mainstream. But it’s not just LGBTQ+ people who should be interested. Because the intersecting of the community’s history with other struggles resonates broadly.

The seventh OUTing the Past (formerly known as Sexing the Past) conference is at Liverpool’s John Moores University from 16 to 18 March. Run in conjunction with LGBT History Month and the OUTing the Past festival, it charts the past, present, and future of the LGBTQ+ community. The organisers say it is a conference:

dedicated to examining the subjects and methodologies that are part of LGBT+ history. It attracts delegates involved in academic research related to a wide array of disciplines, political & human rights activism, as well as other voluntary organisations and professional practices.

The 2018 conference has five broad aims:

The OUTing the Past conference has a diverse programme of events, debates, presentations, and performances. It begins with the fourth annual Allan Horsfall lecture, this year given by musician, radio presenter and activist Tom Robinson. Horsfall was a pioneering LGBTQ+ rights activist who was instrumental (via the Homosexual Law Reform Society) in bringing about the decriminalisation of homosexuality in 1967. He went on to help form the Campaign for Homosexual Equality (CHE). Horsfall died in 2012.

Along with the Horsfall lecture, highlights of this year’s programme include:

Dr Jeff Evans, joint national coordinator of the OUTing the Past festival, told The Canary:

This year, sessions will be chaired by Labour’s shadow international development secretary Dan Carden, Prof Molly Merryman, Peter Tatchell, and Prof Stephen Whittle. The conference is open to all; admission is on a sliding scale depending on your income. Ultimately, we’re always mindful that such a gathering would still be illegal in many parts of the world. This makes the festival conference even more important and essential to the ongoing struggle for human equality.

The OUTing the Past conference explores intersecting issues from the past and present that could greatly influence the future. Woven together by experts and enthusiasts, it presents an opportunity for people to explore a history often forgotten or ignored by mainstream academia, media, and politics. Evans told The Canary:

History is a powerful tool. Nationalism would find it difficult to exist as a political force without highly selective readings of the past. The control and dominance of history by ‘the few’, together with a marginalisation of the history of ‘the many’, is a powerful means of control.

‘The many’, deprived of the powerful identity and validation provided by their own history, are rendered disorientated and much more susceptible to deception and intimidation. If you don’t know where you are from, how can you possibly know where you are heading?

People ignorant of their past are politically, economically and socially marginalised. They are robbed of the profound validation such history provides. Their only past reference points or history with which to navigate themselves and their loved ones through this life is the deeply alienating elite history of ‘the few’.

And Evans said of the conference:

For those interested in gaining a more informed and rounded reading of our collective history, they could not do much better than attending the festival conference. It will provide an unparalleled and deeply thought-provoking introduction to the subject.

The LGBTQ+ community’s history is one of persecution, resistance, and struggle. But it’s also awash with achievement and hope. The OUTing the Past conference will platform all these factors, in an event unlike any other in the LGBTQ+ calendar.

This article was updated at 9am on Friday 2 March to reflect the fact that the conference is now in its fifth year, not seventh as originally stated.

– Find out more about OUTing the Past, book for its conference launch, or register for the full event.

Featured image via the National Museum of American History/Flickr