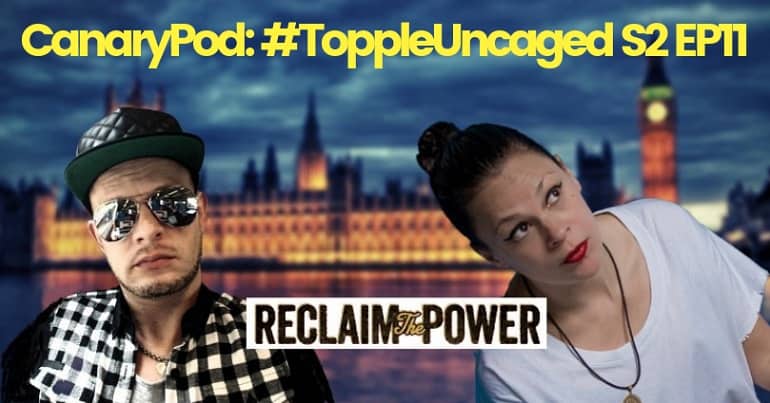 The US politicians Trump told to ‘go home’ hit back, and get widespread support

Read about the Power Beyond Borders camp

Find out more about Reclaim the Power and join its Facebook community.

No #bbcqt? No problem! It's Twitter Chirps Back 🐤 for my #Podcast #ToppleUncaged

YOU tell ME YOUR views on the biggest stories 😤#LabourLords? #TrumpIsARacist?
REPLY TO THIS TWEET & I'LL READ THE BEST OUT ON SUNDAY ⬇️ RT PLS! pic.twitter.com/mNkAQZzpWy

NEW FROM ME ⬇️

The DWP just denied benefits to someone with 16 different illnesses

My full look at @NicolaCJeffery's PIP claim. It is *staggering* & *shocking* #MillionsMissing #EhlersDanlosSyndrome

Good Ones by MIRI:

Find out more about MIRI and follow her on Insta.

Fight the Power by Public Enemy via MarcieLovesPMPatty