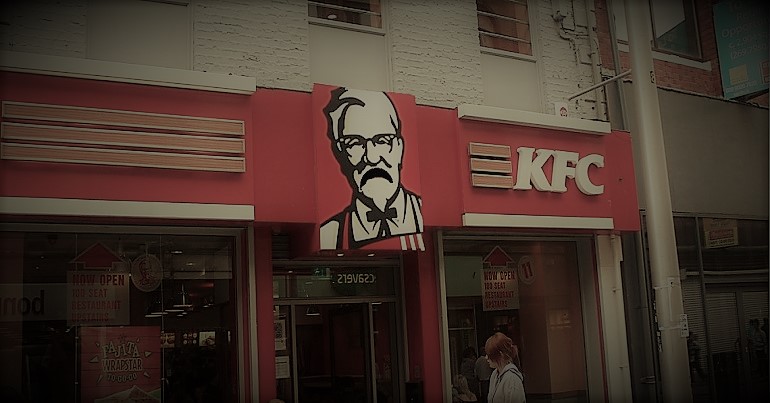 On Monday 19 February, fast food chain KFC was forced to unceremoniously close nearly all UK stores after running out of chicken (you did read that right). And a trade union’s response to the clucking catastrophe was a bird-filled bonanza of poultry-tastic puns. But the finger-lickin’ good response had a serious point.

KFC: What a clucking mess

The GMB general union was responding to KFC shutting down most of its UK stores. The chaos came after transport company DHL took over KFC’s fresh chicken delivery service from Bidvest on Tuesday 13 February.

KFC claimed that DHL had “teething problems” getting chicken to its chicken shops, hence the closures. And yes, it does sound like the start of a bad yolk. Sorry, joke. One which KFC quickly made the most of on its website: 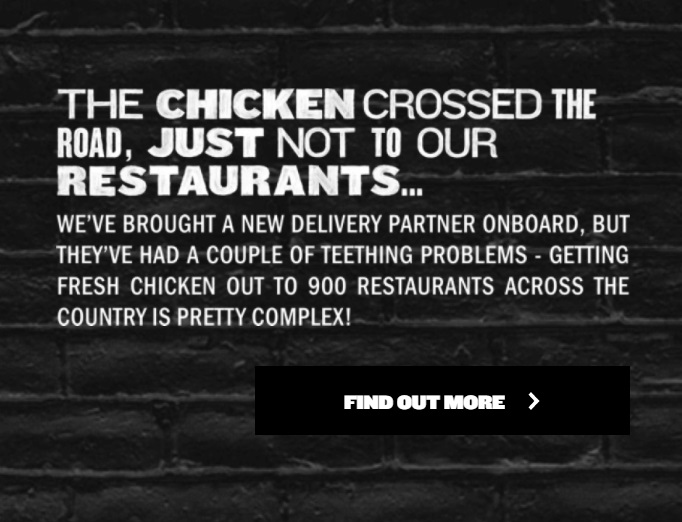 The GMB is flapping mad

But not to be out done in the poultry pun stakes, the GMB waded in. Its National Officer Mick Rix squawked in a statement:

We tried to warn KFC this decision would have consequences – well now the chickens are coming home to roost.

Bidvest are specialists… DHL are scratching around for any work they can get, and undercut them.

It’s an absolute cock up. KFC are left with hundreds of restaurants closed while DHL try and run the whole operation out of one distribution centre – where conditions are an utter shambles.

Three weeks ago KFC knew they had made a terrible mistake, but by then it was too late.

KFC’s bird-brained decision has caused untold misery to customers, to Bidvest workers and restaurant staff who are not being paid.

Now they’ve been left with egg on their face.

The Mirror‘s Kevin Maguire tweeted the GMB’s full statement, complete with his own quip at KFC:

Another Twitter user, meanwhile, voiced their dislike of KFC:

And even the normally stoic Financial Times thought [paywall] KFC deserved a bit of a roasting: 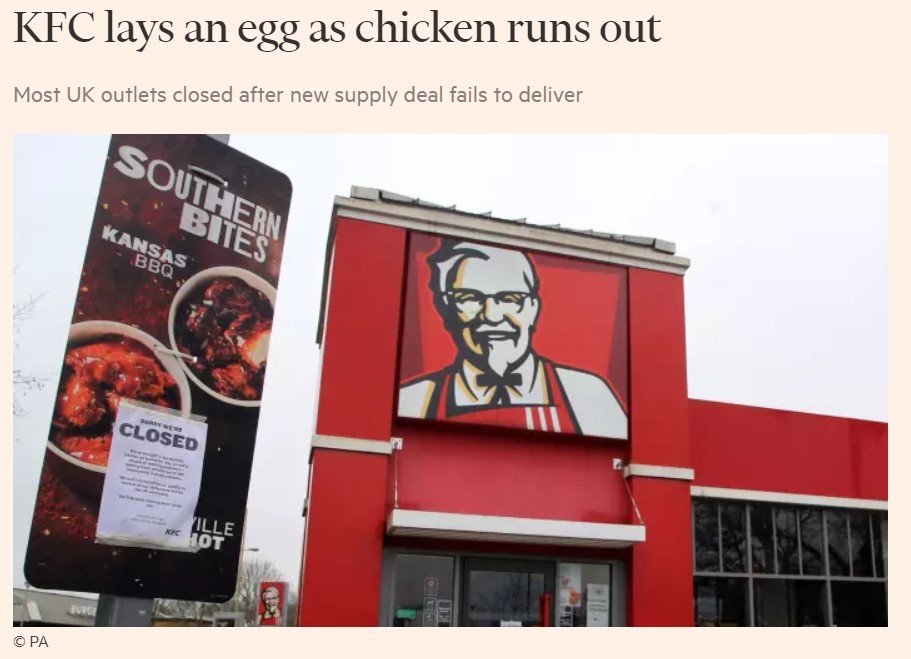 Badum tish. But amid the pun-propelling, snarky sneers, the union has a serious point.

The reality: corporate greed and never mind the workers

Kentucky Fried Chicken (Great Britain) Limited, a subsidiary of the brand’s overall owner Yum!, posted increased revenue and profit in its last accounts. These show [pdf, p4] that, between 30 November 2015 and 4 December 2016, KFC recorded sales of £479.9m – up 3.1% on the previous year. And its operating profit margin was also up to 12.6%.

This is not a case of KFC having to tighten its belt. This is, as the GMB said, a company trying to increase profits by saving money. And it’s a decision that went badly wrong. As BBC News reported regarding KFC staff:

Workers are being encouraged to take holiday but would not be forced to do so…  staff on short-term contracts would be paid the average hours worked per day over the past 12 weeks, while those on salaries would be paid as normal.

However, 80% of KFC outlets are run on a franchise basis… Franchisees will be seeking their own independent advice…

This means that staff at 80% of KFC shops could lose money due to this mess.

The fried chicken brand may have egg on its face. But the coming days will reveal how many workers, some on minimum wage and zero hours contracts, will have lost out due to KFC’s greed.