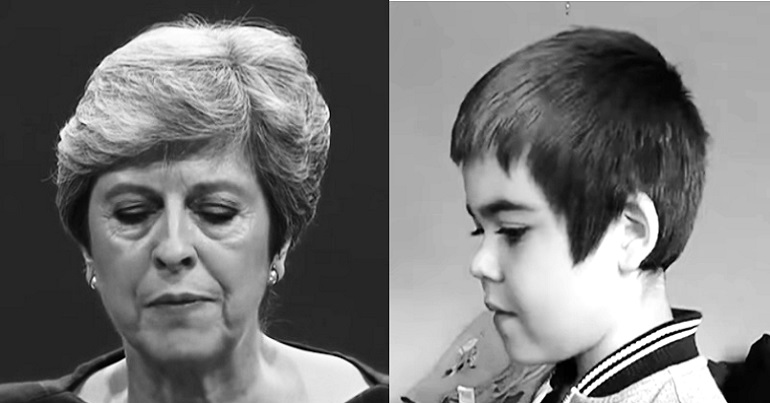 The government has denied a life-changing, cannabis-based treatment to a six-year-old boy with epilepsy. And in doing so, it has exposed the hypocrisy at its heart; because a Conservative minister’s husband is growing cannabis for a pharmaceutical company to use in childhood epilepsy medicine.

Pleading with the government

Alfie Dingley lives with a rare form of childhood epilepsy called PCDH19. It means he can have up to 30 violent seizures a day and often has to go into hospital. But as BBC News reported, since using medical cannabis oil, prescribed in the Netherlands, Alfie’s seizures have reduced in “number, duration and severity”. While in the Netherlands, he went 24 days without a seizure.

Back in the UK, Alfie’s family lobbied the Home Office to grant a licence to administer cannabis oil at home. And the Home Office refused to grant it. So his mother Hannah Deacon made an emotional plea to the government on BBC Breakfast on Monday 19 February:

Cannabis is listed as a Schedule 1 drug, as in its raw form it is not recognised in the UK as having any medicinal benefit and is therefore subject to strict control restrictions.

This means it cannot be practically prescribed, administered, or supplied to the public in the UK, and can only be used for research under a Home Office licence.

The Home Office would not issue a licence to enable the personal consumption of a Schedule 1 drug.

Meanwhile, the husband of Home Office Minister Victoria Atkins is growing cannabis for GW Pharmaceuticals to use in an epilepsy drug for children.

Atkins is the Parliamentary Under Secretary of State for Crime, Safeguarding and Vulnerability at the Home Office. Part of her remit is drugs and drug policy. And as The Canary previously reported, her husband is the Managing Director of British Sugar Paul Kenward. The company is supplying GW Pharmaceuticals with up to 23 football pitches-worth of “non-psychoactive” cannabis for its drug Epidiolex. This is enough to treat up to 40,000 children a year.

The drug is aimed at two forms of rare childhood epilepsy which are not the same as Alfie’s. But GW Pharmaceuticals hopes to develop Epidiolex to treat other childhood epilepsy syndromes. It is waiting for the US government to approve the drug before it is available to patients there.

Although the UK government does not recognise cannabis-derivatives as “having any medicinal benefit”, it will happily allow British companies to profit from using them in medication abroad. And the fact that the husband of a minister, responsible for drug policy no less, is also profiting from this is very concerning.

Alfie’s quality of life is not only poor, but constantly at risk. As campaign groups like Release say, the government needs to rethink its drugs policy. And quickly.

– Sign the petition to allow Alfie to receive the medication he needs.