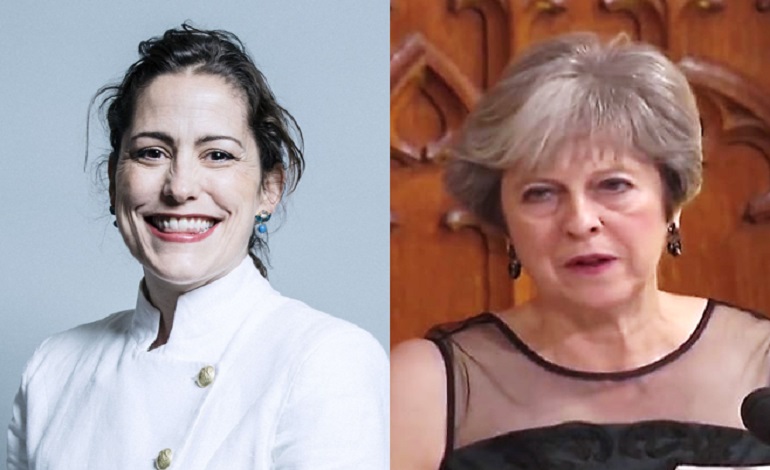 Experts have slammed a Conservative minister for “peddling fake news” to defend an “indefensible” government policy. And the politician also stands accused of “wilfully deceiving” parliament in the process.

Victoria Atkins is the Parliamentary Under Secretary of State for Crime, Safeguarding and Vulnerability at the Home Office. Part of her remit is drugs and drug policy.

Release is the UK’s “centre of expertise” on drugs and drug laws. And it took Atkins to task via its Twitter account over her comments on Drug Consumption Rooms [DCRs] during a debate on 17 January.

The European Monitoring Centre for Drugs and Drug Addiction (EMCDDA) says DCRs are:

Fast and loose with the facts?

As Release’s Twitter thread explained, Atkins outlined in parliament the disagreement with DCRs. But she got her facts somewhat wrong:

“In [all of] Spain, there is 1 [DCR] open in Catalonia for 1 hr a day from Mon – Fri. When we hear that there have been no deaths in DCRs, we have to understand the context in which these rooms are operating. I suggest that 1 hour a day… does not support a great deal of people”

You can read Atkins’s full comments here. But Release disagreed with her assertions, noting:

Canada has kept its provider, Insite, not because of the evidence that the services provided by Insite work, but because the users of Insite brought two court actions, and the Canadian Supreme Court ordered the Minister who wanted to close them to grant an exception to Insite in order to respect the constitutional rights of facility users and staff.

Again, Release took issue with this:

As @SteveTransform describes, Victoria Atkins MP was also willfully deceiving when describing Canadian DCR @InsiteVan. Dozens of academic studies have proven its success at reducing the harms of drugs for people who use the service and wider societyhttps://t.co/Aess6xGNwV

And on a separate note, Release pointed out:

Atkinss comments in this debate were simply staggering. She did not present the evidence for drug consumption rooms accurately – she was wrong on the number of DCRs in Spain and she was wrong about the basis for Insite, Vancouver’s DCR, remaining open. The EU’s own monitoring group on drugs supports the evidence base for DCRs, as does the government’s own expert advisers. Yet the Minister seems to have unique knowledge implying that the evidence basis is not strong.

DCRs save lives, improve the health of people who use drugs, reduce public littering and are proven to be cost effective…

The Minister restated in the debate the government’s commitment to the ‘recovery agenda’, defined as being drug free. This is the policy that has been in place since 2010; a policy that has undoubtedly contributed to the record breaking number of overdose deaths. If the government continues to ignore the evidence, more people – children, sisters, brothers, mums, and dads – will die.

The Canary asked the Home Office for comment, but none was received by the time of publication.

A failing war on drugs

The government insists that its “approach” to drugs is working. But the statistics surrounding recreational drugs tell a different story.

Aside from overall drug-related deaths in England and Wales rising by 65.7%, and heroin-related deaths by 107% between 2012 and 2015, further statistics seem to contradict the government’s ‘success’; as almost a third of all drug overdoses in Europe happened in the UK. Additionally, Britain has the highest proportion of heroin addicts in the EU – eight in every 1,000 people. Also, the overall UK drug mortality rate for 2016 was three times the EU average, at 60.3 deaths per million people.

When you have a government (and a system) that doesn’t grasp the subject it is legislating on, then problems will arise. And Atkins’s comments encapsulate this.

It is time the government began to listen to drug users, addicts and experts. Because the ‘war on drugs’ is failing. And too many lives are being lost.

– If you are having a medical emergency, call 999.

Featured image via Chris McAndrew/Wikimedia and The Washington Post/YouTube