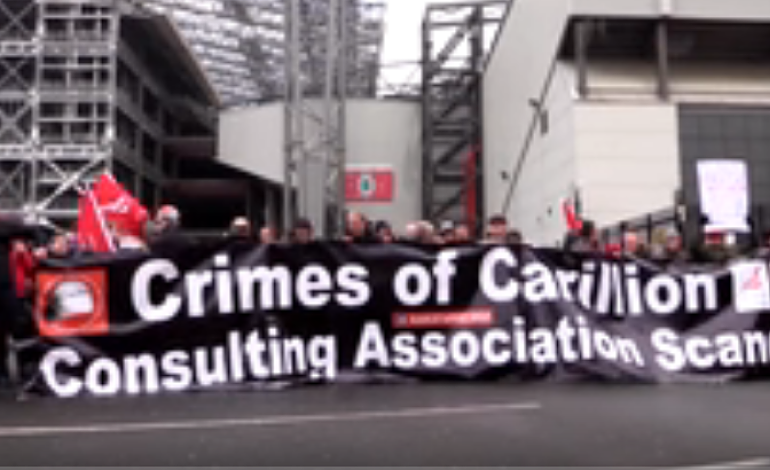 Construction giant Carillion spectacularly crashed, leaving thousands of workers and hundreds of sub-contractors facing an uncertain future. But the company has also wrecked lives through blacklisting. Now leaked files, seen by The Canary, provide an insight into the extent of that blacklisting.

Though this is only the tip of the iceberg.

Subsequently, the GMB union estimated that from October 1999 to April 2004 Carillion checked at least 14,724 names against files illegally held by the Consulting Association.

One such file, seen by The Canary, is for client 3271 (code for Carillion [pdf, p59]) and accuses Paul (last name redacted) of raising grievances: 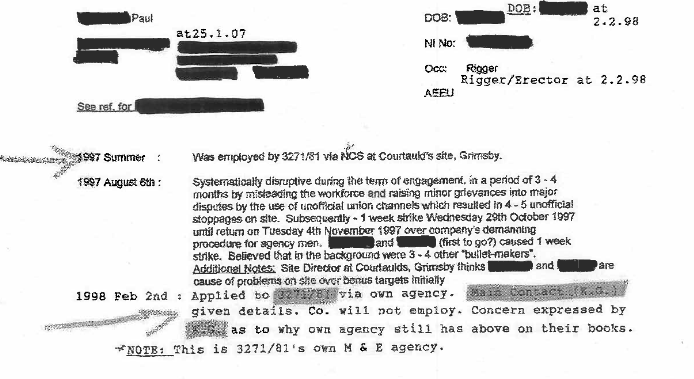 Invoices and sales book records, seized by the Information Commissioner’s Office during a raid in 2009, showed that Carillion paid £37,814.72 to the Consulting Association between 1999 and 2006. But precise details of those payments have never been made public.

And The Canary can confirm that total payments made by Carillion to the Consulting Association approximate with the figure quoted by GMB.

Sorry is not enough

[Carillion] were up to their neck in blacklisting union members for raising safety concerns. They got caught and said sorry but they were only sorry for being caught…The fact that the manager who placed me on the Consulting Association files back in 1995 was still working there up until this morning shows how serious they took this as a human rights abuse. No one disciplined, never mind sacked over the scandal tells you all you need to know.

But it’s not just about Carillion. Smith said:

Carillion is just a symptom of a bigger problem. Its not about one poorly managed company. The whole neoliberal privatisation agenda is rotten to the core. When you invite blacklisting human rights abusers to run the NHS and school meals, don’t be surprised when vampire capitalism attempts to suck the taxpayer dry.

And Smith argues against any bail out:

Of course, workers on projects run by Carillon deserve to be paid and are entitled to their pensions but not another penny of public money should be given to the bosses of the disgraced company. In a civilised society these people would be facing criminal charges. If the government has another magic money tree hidden away somewhere, it should bail out the NHS not Carillon or their bankers…

Indeed, over 40 other companies – such as Amec Building Ltd, Bam Nuttall (Edmund Nutall Ltd),  Dudley Bower & Co Ltd and Shepherd Engineering Service – were found to have been Consulting Association subscribers.

And Smith further argues that any business that is, or was, involved in blacklisting should be banned from public projects.

…the procurement processes need close scrutiny with unions and members of the Blacklist Support Group being at the heart of it going forward. It clearly hasn’t worked, with just local councils and NHS Trust partnerships making bad decisions either individually or collectively, like they have at the Liverpool Royal Hospital.

In May 2015, Carillion, together with several other construction companies, agreed on a settlement payout of around £80m in compensation to almost 800 blacklisted workers. But thousands more workers were also blacklisted via the Consulting Association.

And more workers were similarly targeted by the Consulting Association’s predecessor, the Economic League, This agency, with a seventy-year history acted for several hundred companies [pdf]. The Canary has access to hundreds of Economic League files, including entries on tens of thousands of workers, all of whom have legitimate grievances to pursue.

It’s time the full extent of Britain’s blacklisting scandal is revealed once and for all.

– Find out more about the Economic League via Spies at work.