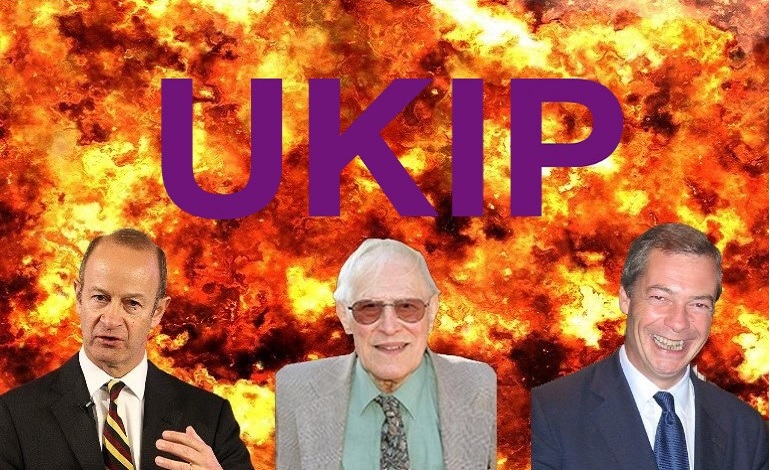 UKIP is facing more controversy after its National Executive Committee (NEC) passed a vote of no confidence in leader Henry Bolton over “racist” remarks his former girlfriend made. Because a local newspaper has claimed that one of the party’s councillors has linked “anti-social behaviour and drug problems to same-sex marriage”.

“Heterosexual marriage as the standard”

On 18 January, The Somerset County Gazette reported that local councillor Thomas Aldridge said in a meeting:

It’s probably not a very popular observation, but it’s simply this: that long-term, if we could get back to marriages being the sort of standard, and I’m talking about heterosexual marriage as the standard, throughout the country, as it was say 50 years ago, most of these social behaviour and drug problems and all the rest of them would just disappear.

The paper claimed that an audio recording of the meeting, in which the council was discussing a police report regarding anti-social behaviour in Taunton, revealed Aldridge making the comments. And it went further, stating that after the meeting he said:

It’s simple really… Going back to after WW2, marriage was the norm… our behaviour now is not. Society was better, more cohesive. Family, meaning a mother, father and children, was the basis of society, marriage holds it together.

Bolton left his 42-year-old wife Tatiana, with whom he has two children, for glamour model Marney.

Back with same-sex marriage, and Aldridge told The Metro that he is “seeking legal advice” against The Somerset County Gazette because it had “misrepresented” him. He also claimed that “homosexual marriage” wasn’t “relevant” to the “debate” he had, as it was “the sort of relationships that can produce children that are relevant to this”. But as The Metro went on to note:

When it was put to him after the meeting that same-sex couples could have children through IVF and adoption he said: ‘That’s rubbish. In most cases of children being mistreated, or in some cases, murdered, it is the ‘irregular’ relationships, the ‘reconstructed’ families’.

The dustbin of political history?

As The Somerset County Gazette reported:

A UKIP spokesman said… Aldridge’s comments were his personal opinions and not UKIP policy.

Taunton Deane Borough Council said… Aldridge was told shortly after the meeting that his comments were ‘entirely inappropriate’ and unacceptable.

But as the negative press over the UKIP leader continues, Aldridge’s alleged comments are another headache that the increasingly “irrelevant” party doesn’t need.