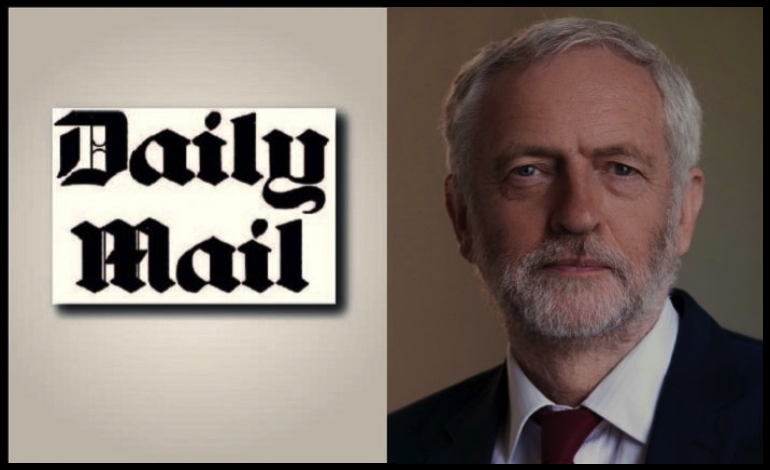 In its latest attack on Jeremy Corbyn, The Daily Mail has accused the Labour leader of racism. The paper went with the headline: Jeremy Corbyn faces race row for making white people pay more than ethnic minorities to hear a speech. But behind this misleading headline is a different story.

BAME Labour (“Black Asian Minority Ethnic”) costs £5 to join and members have recently been offered a £10 discount to attend a conference in Loughborough at which Corbyn is speaking. A Labour spokesman said:

The basic price of a conference pass is the same for all members but, at the request of our East Midlands Regional Board, the party will subsidise part of the cost of this year’s conference pass for BAME members to encourage attendance and improve representation.

According to BAME Labour, the group aims to:

empower ethnic minority members within the Labour Party and campaigns for greater representation of ethnic minority communities in public life. Through encouraging increased participation in the political process BAME Labour empowers its members to campaign for a fairer, more equal and democratic society.

So that’s what the discount is there for. But critics insist this form of positive discrimination is racist. North West Leicestershire Conservative MP Andrew Bridgen said:

This is racism. In effect, Labour is levying a tax on the basis of the colour of a person’s skin. It shows their contempt for the white working class.

Discriminating against people based on the colour of their skin is totally wrong and Mr Corbyn must end this practice now.

Something The Daily Mail forgot to mention

In its piece on this ‘race row’, The Daily Mail left out the fact that there is inequality in income levels for BAME workers. As the Institute of Race Relations (IRR) highlights:

Throughout the UK, people from BAME groups are much more likely to be in poverty (ie an income of less than 60 per cent of the median household income) than white British people. In 2015, Pakistani and Bangladeshi communities were the most likely to be in ‘persistent poverty’, followed by Black African and Black Caribbean communities.

The IRR adds that:

Throughout the UK, BAME communities are less likely than white people to be paid the living wage.

The Labour leader has been vocal and active in his opposition to racism. Corbyn has previously urged us all to challenge everyday racism. And he has stressed that he’s fought racism all his life. But again, The Daily Mail ignores this.

The paper is intent on leaving out important details and context – and misleading its readers – so that it can attack the opposition. The more that these tactics are exposed, the less the public will trust the narrative the paper is pushing.