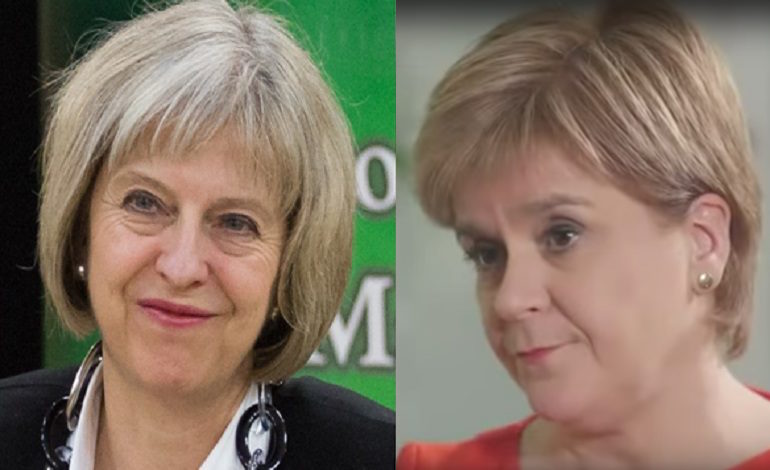 The Conservative government is thinking of changing a policy that affects over two million people. But it appears to have taken the idea from the SNP. And this comes after mounting pressure from campaigners.

As The Canary reported in December 2017, the SNP-led Scottish government said it was permanently extending the blue badge parking scheme in Scotland to cover the “carers and relatives” of people who “pose a risk to themselves or others in traffic”. This will cover people living with conditions such as dementia, autism, and Down’s syndrome. The move came off the back of a pilot scheme launched in April 2016.

The blue badge scheme was launched in 1970 to allow disabled people to park on roads without charge, and normally without time limit. But currently in England [pdf], people generally only get a blue badge if they have difficulty walking more than 50m, or if they have other issues with physically getting around.

…so now the Tories change

Suddenly, the UK government has changed its mind. As it announced on Sunday 21 January, it has launched a consultation on proposals which:

But while the Scottish government is including carers and relatives of people living with qualifying conditions, the UK government’s plans don’t mention this.

Also, it seems the UK government could, in some cases, just be giving back benefits to people that it recently took away. This is because, in 2013, when Disability Living Allowance (DLA) changed to the Personal Independence Payment (PIP), so did the blue badge awarding system. And as BuzzFeed documented, it saw many people who were previously entitled to a blue badge suddenly lose it. But now, these people could qualify again.

Nicky Clark is a writer and campaigner whose daughter lives with autism, epilepsy and learning disabilities. She has been campaigning for the government to change its blue badge policy, after her daughter lost hers under the DLA/PIP changes. She told The Canary:

The treatment of disabled people by the government over the last eight years has been shameful and cruel. The removal of blue badges from disabled people who can walk is divisive and utterly ignorant of what it means to be disabled.

Now we’re expected to be grateful that they have bowed to public pressure and disabled campaigners, and are returning blue badges to people who never deserved this callous cut to independent living in the first place. We aren’t fooled by this duplicity. We demand our human rights be complied with. And we always will; even when they take the next step and remove those too.

When politics is not enough

The UK government appears to have fallen into line with the SNP. But in reality, campaigners like Clark and Disabled People Against Cuts (DPAC) have probably forced its hand.

For example, its latest backtrack – scrapping the removal of PIPs for 164,000 people living with mental health issues – didn’t come about from political pressure. It happened after a person affected by the cuts brought a court case, supported by DPAC and Inclusion London.

So this latest government U-turn shows that change is possible. Sometimes, we all just need to work together to achieve it.

– Take part in the UK government’s consultation and sign Clark’s petition on the issue.