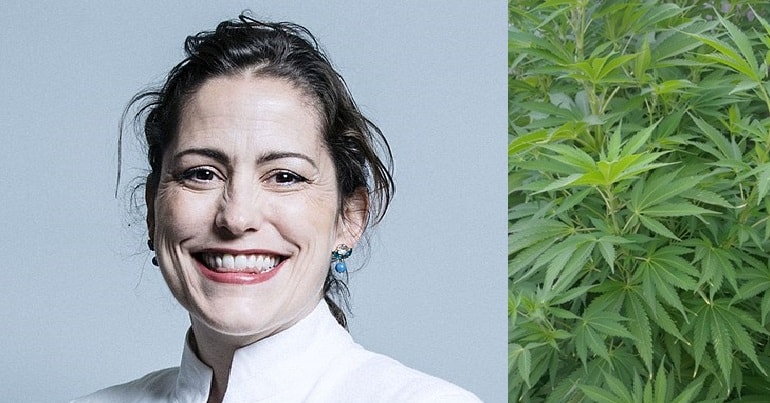 The Tory drugs minister fearmongering about cannabis would probably rather people didn’t mention her husband’s farm. Because Victoria Atkins’s husband has a 45-acre cannabis plantation.

The pro-legalisation pressure group Clear UK revealed that Atkins is married to the managing director of British Sugar Paul Kenward. British Sugar is growing cannabis to supply to the drugs company GW Pharmaceuticals. Speaking about the long-term deal, Kenward said he was “confident of decent yields” and “that the return will be better than on tomatoes”.

In the summer of 2017, the Conservative MP also railed against DCRs, where people addicted to drugs can take substances in a safe environment. Atkins said:

We are talking about gun-toting criminals, who think nothing of shooting each other and the people who carry their drugs for them. What on earth does my hon. Friend think their reaction will be to the idea of drugs being regulated? Does he really think that these awful people are suddenly going to become law-abiding citizens?

The evidence suggests that DCRs curtail drug-related deaths through reducing the spread of HIV and hepatitis and preventing overdoses. The Conservative minister had not replied to The Canary‘s request for comment at the time of publication.

Crucially, drug users themselves are overwhelmingly victims rather than perpetrators of abuse. Studies have found that nearly two thirds of injecting drug users are reacting to childhood trauma. Yet Atkins defends UK law, which punishes drug users who are often trying to numb the long-term damage caused by childhood abuse.

Meanwhile, Atkins’s husband is the managing director of a company mass-producing cannabis. British Sugar is partnering with GW Pharmaceuticals, which is using the plant to develop an experimental treatment for childhood epilepsy, Epidiolex.

The Conservative drug minister’s family is profiting from the regulation of cannabis. And the President of Clear UK accuses the minister of “blatant hypocrisy”. Given that Atkins upholds Conservative policies that criminalise ordinary people for medicinal cannabis use, it’s hard not to agree with him.