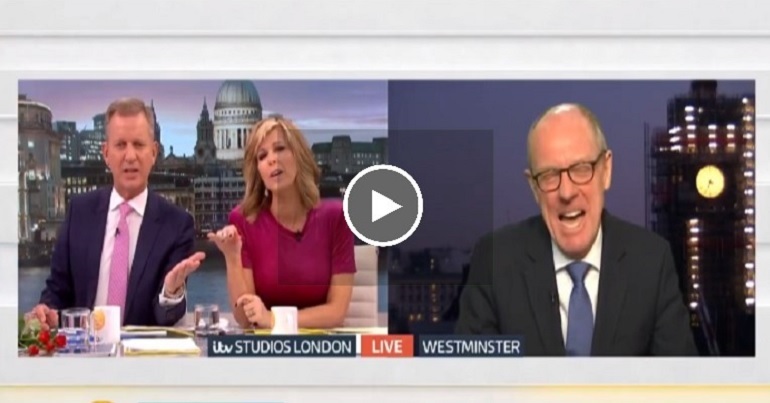 If your alarm didn’t go off this morning, or the kids are playing havoc with your nerves this half term, spare a thought for the Conservative Minister of State for Schools Nick Gibb. Because on Wednesday 14 February, he probably wished he hadn’t got out of bed to do the rounds on national TV and radio.

Gibb was announcing the government’s proposals on ‘multiplication tables checks’ for eight- and nine-year-olds. Announcing the policy, he said:

the multiplication tables check will help teachers identify those pupils who require extra support. This will ensure that all pupils leave primary school knowing their times tables by heart…

As part of the launch, the minister went on breakfast TV and radio. And somewhat predictably, he suffered a similar fate to former Chancellor George Osborne in 2014. You’d think these ministers would learn.

Gibb on the ropes

You can guess what happened next:

That awkward moment when the Schools Minister pushing for eight-year-olds to learn the times table won’t answer a multiplication question 🙈 @kategarraway pic.twitter.com/5txFutxRRu

Gibb also thought it would be a good idea to give the same refusal to Nick Ferrari on LBC:

Gibb had been briefed not to answer times tables questions. And his responses provoked quite a reaction on Twitter:

Nick Gibb was doing semi-ok until he refused to answer the simple times table questions that he's asking 8 year olds to memorize and be tested on. The pressure of doing that on live TV is equivalent to the pressure 8 year olds would feel in class!! #BadMove @GMB #timestabletest

Kate Garraway on Good Morning Britain raised an important point. She put it to Gibb that:

So why is it so important for an eight-year-old to do it, when clearly you feel vulnerable about it, and there you are a government minister?

Well, no eight-year-old or nine-year-old would be doing it on live television…

But Garraway cut him off:

It would be pressure for them, though. And in the context of their world that’s pressure.

As The Guardian reported, a 2017 survey of primary school leaders found that:

fear of academic failure has lead to increase in mental health issues around exam time.

Teachers taking the survey said children sitting SATS and other national exams suffered “sleeplessness” and “panic attacks”. One child lost all their eyelashes “due to the stress”. Others were found “sobbing” during their exams. And 68% of teachers surveyed said government changes to the curriculum and exams had “had a negative impact on children’s mental health and wellbeing”.

Another brick in the wall?

Children and young people are suffering from increasingly high levels of school-related anxiety and stress, disaffection and mental health problems. This is caused by increased pressure from tests/exams; greater awareness at younger ages of their own ‘failure’; and the increased rigour and academic demands of the curriculum. The increase in diagnosis of ADHD has been shown to be linked to the increase in high stakes testing.

It seems that Gibb’s latest initiative may prove to be another thorn in the side of teachers. And parents should be asking: is an environment where the sole focus is test after test after test the right one for their children?