Sainsbury's is under fire over its latest campaign - Canary 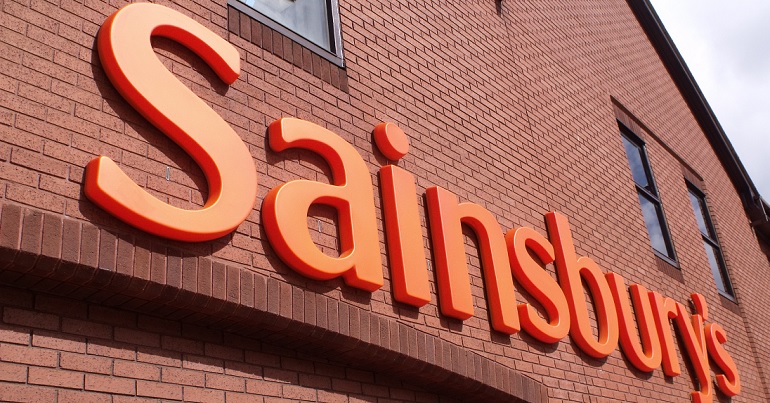 People aren’t happy with Sainsbury’s. The supermarket giant is under fire for its latest initiative. But it has been here before.

As the Guardian reported, Sainsbury’s has launched a “scheme labelling items useful to food banks”:

From Friday, customers visiting more than 1,400 branches of Sainsbury’s will be urged to include priority items such as tinned fish, meat and vegetables, longlife fruit juice and dried or UHT milk in their shop, for donation after checkout.

The supermarket is expanding its year-round food collection scheme to encourage more suitable – and long-lasting – donations to help feed those dealing with hunger or in need. It has teamed up with hundreds of charity partners across the UK which will distribute the essential foodstuffs to local communities in time for Christmas.

Don’t get me wrong. Of course it’s good that Sainsbury’s is helping food banks. It’s also good that people donate to them. But social media users have a problem with the wider issues surrounding Sainsbury’s campaign; namely the “normalisation” of food banks:

It's not an excellent idea. We're the world's 5th largest economy. We shouldn't be normalising the idea that food banks are an acceptable part of our society!

@skynewsniall @sainsburys re food banks of course we want to help but I worry we are normalising this issue- GB should not have food poverty.

It's a positive that this helps to meet immediate need.
The danger is the ongoing normalisation of poverty. How many @sainsburys employees are low paid and affected by #UniversalCredit and austerity cuts? https://t.co/KmNHoC6ZVg

While this person had another idea:

Exactly Pauline! Sainsburys and all big supermarkets make big enough profits and could easily donate food on a weekly basis to food banks.

Sainsbury’s is now labelling shelves to let customers know which items to donate to food banks. STOP NORMALISING FOOD BANK USE! Sainsbury’s should be telling shoppers to write to MPs to complain about Universal Credit, the benefits freeze & poverty wages! https://t.co/NcioEcQv4U pic.twitter.com/Kd7HQqoLAk

It’s Adkin’s tweet that seems to sum up the situation best. How is it that one supermarket giant (Iceland) can make an advert so political that the regulator bans it – yet Sainsbury’s can’t stick its head above the political parapet about poverty? But then, Sainsbury’s has already come under fire in the past. Because it was caught colluding with the government, namely the Department for Work and Pensions (DWP), after agreeing to hand over CCTV to it as part of benefit fraud investigations.

The normalisation of food banks is of concern. Because we’ve seen it before with the welfare state. As BBC Future noted:

One well-known political theory… is the Overton Window, which supports the wider idea of normalisation within politics. The Window applies to the policies that sum up the political climate at the time, and which voters deem acceptable… For example, in 1987, 22% disagreed that the government should spend [any more] money on welfare benefits, according to the British Social Attitudes Survey. In 2009, one year after the financial crash, that figure was 43%.

Shows like Benefits Street ‘normalise’ the idea that welfare claimants are scroungers. And Sainsbury’s promoting food-bank donations normalises poverty as part of our weekly shop.

a really crucial role… that real safety net so that [people] don’t quite starve. [But] you risk sending the message that government doesn’t need to play the central role and government can just outsource these things… [it can’t] just hope that a private community is going to take it up and keep people alive…

But of course, this is how the government would like it. And sadly, knowingly or not, Sainsbury’s is just playing into this agenda.