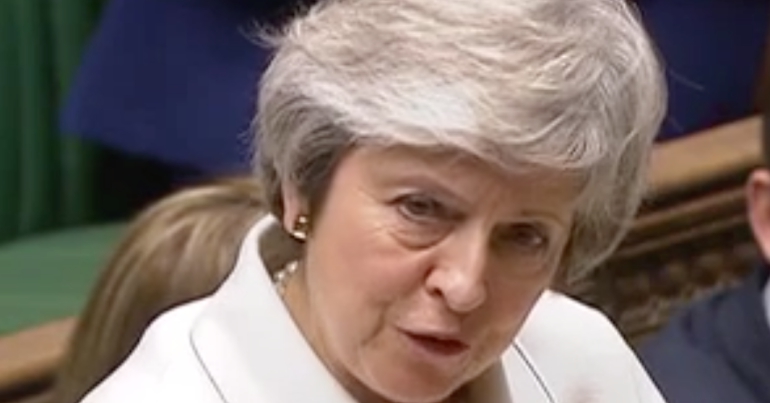 On 15 January, Theresa May’s Brexit deal is finally going to the vote. If the predictions are right, and May loses by more than 100 votes, the PM could be facing the largest parliamentary defeat in 95 years.

Regardless of the margin, it’s expected the deal will fall. And MPs have taken to social media to say why they won’t be voting for it.

May has achieved one thing no one thought possible. She’s united her party against her, with both Leavers and Remainers unhappy with the deal (albeit for different reasons).

Arch-Brexiteer Jacob Rees-Mogg, for example, is planning to oppose it:

This rotten Withdrawal Agreement must be defeated. https://t.co/9dwfOpr3n3

And on the other side of the party, fervent Remainer Anna Soubry will also vote against the agreement:

Why I will be voting against the #WithdrawalAgreement My email newsletter to my constituents #Broxtowe https://t.co/fHekkWNAma

Even receiving a knighthood wasn’t enough to persuade John Redwood to change his vote:

On Tues I may be asked to vote for the Withdrawal Agmt. If the unamended proposal is put to the Commons, I will vote against. I'll do so primarily as it breaks the Manifesto pledge of the nat'l Party & my personal pledge to my voters that I will do my best to see through Brexit.

But it’s not just the Conservative Party. As Labour’s Laura Pidcock states, May “can’t satisfy the Remainers or the Leavers on any side of the House of Commons”:

These are clearly very uncertain times & @theresa_may's likely defeat on her rotten #Brexit Deal won't end that uncertainty, but @UKLabour has a process, which, importantly, was decided by our members at conference & I think it's important we stick by that as a democratic guide. pic.twitter.com/xjkIQah8W7

The DUP, which even on a good day May is relying on to prop up her government, has said its MPs won’t vote for the deal:

Sammy Wilson says the DUP will not agree "to any manoeuvres” to get them to support the deal#newsnight pic.twitter.com/TyLl6YbJ1u

Meanwhile, SNP MPs who are representing constituents who voted overwhelmingly to Remain, will also vote against the withdrawal agreement. One MP even did a snap poll of his constituents:

Last night I asked my constituents to tell me how they'd vote on the #BrexitVote. Here's how the Facebook poll stands this morning 👇 pic.twitter.com/0Z2oAJYocP

So, it’s looking as though at some point tonight, defeat will be inevitable for May. But the big question is what will come next? Some MPs, like the Green Party’s Caroline Lucas, believe it means it’s time for a People’s Vote:

I’ll vote against the deal in tonight's #BrexitVote because it would make life harder for those already struggling the most.

So tomorrow @theresa_may must ask EU to extend Article 50.

With no deal, Govt’s deal & all fantasy renegotiations rejected, MPs must deliver #PeoplesVote

Meanwhile, shadow education secretary Angela Rayner thinks there should be a general election:

Listening to the PM today both from Stoke and in the commons hasn't convinced me to change my view. The deal on offer is exactly the same one as previously outlined, nothing has changed. We need a general election now, l will vote against her withdrawal agreement tomorrow #Brexit

Tonight’s vote by MPs is described as a “meaningful vote”. Those campaigning for a second referendum want a “people’s vote”. But only a general election will provide a truly meaningful people’s vote.

Rayner is right. We need a general election. Because this government is a shambles. And not just over Brexit. But over what Corbyn described as the “real divide in our country” – the divide between the rich and the poor.