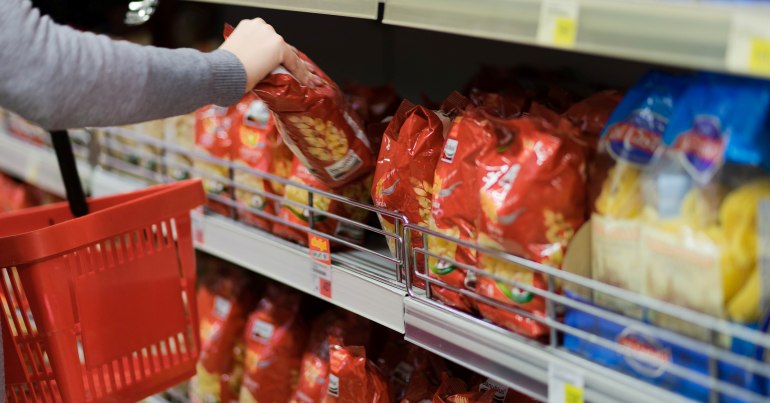 A senior Scottish judge, Sheriff Alistair Brown, has spoken of his “considerable concern” over Universal Credit. Dundee resident Maria Blair appeared in his court for stealing food from a supermarket. Sheriff Brown “expressed disbelief” that a change in benefits had left Blair with only £90 a month to live on.

Blair pleaded guilty to stealing packs of chicken and steak from a local Marks & Spencer. When Blair’s solicitor explained her circumstances, Sheriff Brown asked: “So the defence is she’s stealing food to eat?” Her solicitor confirmed this with a “yes”.

Sheriff Brown has delayed sentencing until 18 February and released Blair on bail. He told the court:

It is a matter of considerable concern that someone is trying to live on £90 per month. That is impossible to do. I’m deferring sentence for criminal justice and social work reports as I want to know what is going on. On one hand I’m hearing from the DWP that they are advising of loans being available so that people are not in this position. On the other hand I hear from solicitors regularly that that wasn’t working as planned for their clients.

The Trussell Trust charity released a report in November 2018 which looked into the rise of foodbank use as a result of Universal Credit. The report cited a 52% increase in foodbank usage in areas where Universal Credit had been in place for a year or more.

The only way to stop even more people being forced to food banks this winter will be to pause all new claims to universal credit, until funding is in place to reduce the five-week wait.

The Department for Work and Pensions (DWP) has previously denied a link between Universal Credit and increased food poverty. Speaking to BBC Radio 4 in October, employment minister Alok Sharma insisted there were “very many reasons” for people using foodbanks, and it could not be attributed to one factor.