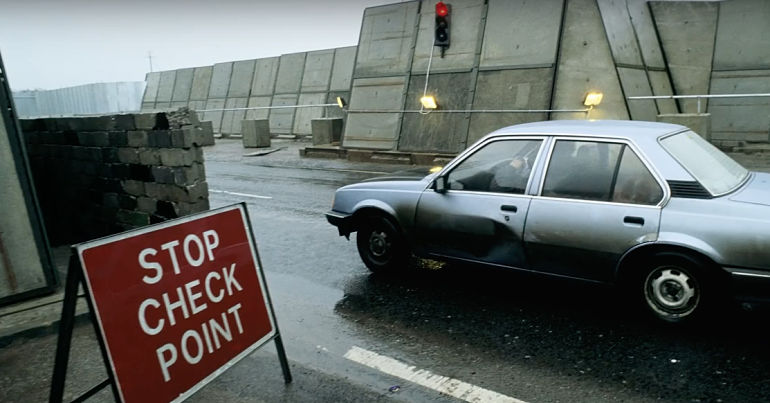 On 15 January, the DUP’s Arlene Foster explained her party’s opposition to the Brexit backstop deal for Northern Ireland. She said “it is a bit of a nonsense to talk about a hard border” in Ireland. But she went further, saying “we never had a hard border”. This shocked people with an understanding of Irish politics. And they expressed those feelings openly.

. @DUPleader explaining to me her comment that "we never had a hard border" during the Troubles – more on @BBCevex later pic.twitter.com/bBqNJj0b5C

What is the backstop deal?

The backstop deal wants to keep an open border in Ireland after the UK leaves the EU. And the UK is to leave the EU on 29 March this year. Currently, there’s freedom of movement across Ireland for people, goods and services. Only limited restrictions exist.

The DUP opposes the current backstop agreement and Brexit deal. It says:

When Foster said “we never had a hard border” in Ireland, however, people responded in disbelief. And the first reactions showed images of the “hard border”:

Alliance Party leader Naomi Long couldn’t believe Foster’s comments either. She described them as “a blatant untruth about the border”:

With all due respect to Arlene's past, it is not an excuse or mitigation for a blatant untruth about the border.

We had a hard border. It was not and never could be completely secure. That is true of all hard borders.

This dissembling does Arlene and the DUP no favours.

I must have been dreaming all those times our car was stopped in Newry.

@DUPleader Lies, damned lies and DUP pronouncements. I’ve experienced checkpoints, searches and degradation at the hands of Brutish army on the border. Different approach if you were known to be PUL community.

Although some took a humorous view of Foster’s comments:

While the border didn’t cause past violence, it did exist. Foster comes from a border community and suffered personally during the conflict. So her comments are confusing. But it’s no excuse for trying to airbrush it from history.