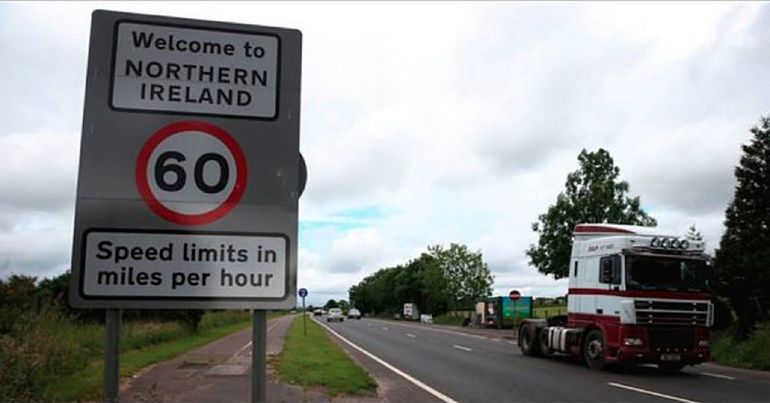 When the Police Service of Northern Ireland (PSNI) asked for support to handle trouble arising “from a hard border”, it added weight to previous warnings.

In September 2018, Chief Constable of the PSNI George Hamilton said British government officials hadn’t prepared for Brexit in terms of peace and security. Hamilton warned of the dangers of a physical border, stating:

any physical infrastructure would become a target for dissident republicans.

The PSNI request for support comes almost three months after Taoiseach (Irish prime minister) Leo Varadkar used the IRA bombing of a customs post in 1972 as a “prop” to:

make sure that there was no sense in the room that in any way anybody in Ireland or in the Irish government was exaggerating the real risk of a return to violence in Ireland.

that is what used to happen when we had customs posts in Ireland.

Misrepresentation of the Irish conflict

But not only is the IRA of 1972 no longer in existence, its campaign wasn’t instigated by the presence of customs posts alone. Former prime minister John Major continued this myth, saying:

Peace is at risk if we erect barriers that remind people of ancient disputes.

Major went on to say that a new border would be:

But it’s possible that Major’s assessment is as reliable as his historical account of the conflict in Ireland. The conflict did not begin, as Major claimed, with:

the murder of customs officials at the north-south border.

A clear start date is almost impossible to identify.

Discrimination and slaughter lead to conflict

It’s much more likely that discrimination suffered by Catholics, since the foundation of Northern Ireland in 1922, is the starting point. When Catholics finally protested against such discrimination in the late 1960s, loyalists and the Royal Ulster Constabulary (RUC) responded with violence.

The conflict that followed, between the IRA and British forces, worsened following the slaughter of 11 innocent Catholics in the Ballymurphy estate in Belfast in August 1971. Bloody Sunday in Derry in January 1972, where the Parachute Regiment executed 14 peaceful protesters, encouraged many to join the IRA. And as the third year into a 30-year conflict, 1972 was its bloodiest.

Irish republican parties, both mainstream and those on the fringes, support a united Ireland. But only mainstream parties, like Sinn Féin and the Social Democratic and Labour Party (SDLP), support remaining in the EU.

Fringe groups like Saoradh oppose a “European capitalist and imperialist super-state”. Campaigning political party Éirígí supports leaving the EU, as it sees it as “part of a capitalist / neoliberal plot”.

Republican Sinn Féin (RSF), which opposes the EU “as a highly centralised political and economic power-bloc”, welcomed the result of the Brexit referendum in 2016. The Irish Republican Socialist Party (IRSP) sees “an independent Ireland within the European Union as a fallacy”.

So with republicans on the fringe supporting Brexit, it’s difficult to see where the mandate for violence would come from.

It would appear as if there is no threat here either. David Campbell is chair of the Loyalist Communities Council, which opposes Theresa May’s Brexit deal. The council consists of those connected to loyalist paramilitary groups. But Campbell says these organisations “reinforced their commitment to the peace process”.

Also, leaders in the Ulster Volunteer Force (UVF) say predictions of violence are damaging to “peace and reconciliation”. They claim that Irish government talk of republicans attacking customs posts could be “winding up working-class loyalists”.

Threat of violence appears to be a fallacy

May’s Brexit deal is shambolic and is placing enormous strain on Irish-British relations – the greatest strain in the last three decades. Should her deal result in a return to sectarian discrimination, then that, much more than any customs post, could trigger a return to violence in Ireland.