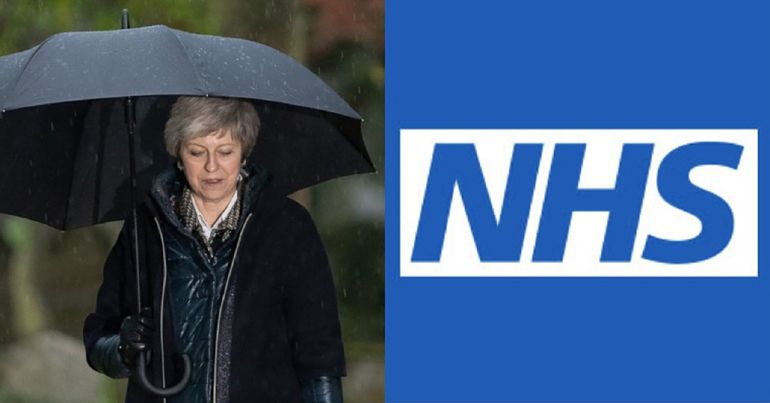 On 7 January, the Conservative Party launched the latest 10-year plan for the NHS. But far from ‘saving’ the NHS, or halting the UK’s deepening healthcare crisis, it’s little more than a dangerous distraction. And both Labour and healthcare professionals have been openly critical.

“10 years to clear up the mess they have made”

Shadow health secretary Jon Ashworth led the condemnation. In a Labour Party statement, he pointed out that:

The Tories have spent nine years running down the NHS, imposing the biggest cash squeeze in its history, swingeing cuts to public health services and slashing social care services. They have failed to recruit and train the staff desperately needed leaving our NHS struggling with chronic shortages of over 100,000 staff… And now the Tories say they need 10 years to clear up the mess they have made.

As the Mirror reported, Ashworth also explained that “social care services for the elderly and most vulnerable have been savaged with multi billion pound cuts”.

In June 2018, Theresa May claimed that a £20bn cash injection was a 70th “birthday present” to the NHS. But this still only equated to an annual rise of 3.4% – less than the “3.7% average rise the NHS has had since 1948”. Details of the plan were delayed amid ongoing Brexit chaos. Meanwhile, the government snuck out further NHS cuts of £85m for 2019, just before parliament closed for Christmas. Crucially, there’s still no detail about where the funding will actually come from. Even the BBC’s Laura Kuenssberg seemed sceptical:

The latest announcement fails to account for the current NHS staffing crisis. And many healthcare professionals see it as totally unworkable.

In response to the announcement, chief executive of NHS Providers Chris Hopson said that “while welcome” this plan offered “little more” than to “cover rising costs and demand”. Because, he said, “we’re also constrained by severe workforce shortages” and, he continued, “after the best part of a decade of austerity, there’s a lot of catching up to be done”. As Dr Jennifer Dixon, chief executive of the Health Foundation thinktank, explained, the NHS “is already short of 100,000 doctors, nurses and other staff”.

Doctors and healthcare professionals have been openly critical of the announcement:

Not even that. There is a staffing crisis in the NHS because they have slashed training budgets. Most of this money will be spent on 'think tanks' telling each other that they cant do anything because they havent got the staff.

Patients continue to be put at risk by a staffing crisis in the NHS. Redeploying junior doctors to other busy departments in a specialty they may never have worked raised multiple patient safety concerns. Have we learned nothing from #BawaGarba? #LearnNotBlame https://t.co/ZKVSIwVoag

And the Tories seem to have ‘conveniently’ forgotten that part of the current crisis is directly linked to Brexit:

EU #nurses give up on #Brexit Britain as their prospects dim
‘We are heading for catastrophe,’ #NHS union warns as staffing crisis mounts. Justyna has been told to “go home” at least twice by patients at a hospital in south-west England https://t.co/4qzirgvFgh pic.twitter.com/tByjulj4Pk

This is a national emergency.

As the chief executive of the NHS Confederation also pointed out, the ten-year plan isn’t a ‘miracle’ to fix a broken NHS:

This is not about miracles – money will be tight and staffing will remain a headache for years to come. Getting a long-term strategy for the NHS workforce is crucial. 8/12

Thirteen major #NHS plans and reorganisations since 2000, nearly summarised by the @NuffieldTrust. Will be interested to read how this #NHSLongTermPlan builds on these @drphilhammond pic.twitter.com/27yTVCCZGK

Instead we have a plan that is aimed at producing "attack-proof" media friendly soundbites. In 3-5 years when the next plan comes out – these will once again be meaningless – eg 7 day services from the last plan which lead to the Junior Doctor Strikes. (6/11)

One doctor openly called this announcement “political propaganda” fuelled by the mainstream media:

https://t.co/pwnNjQisvG
How to tell a news piece is political propaganda in three easy steps:

Doctors and nurses have been warning of the crisis and impact on patients for years. Yet the timing of this announcement comes just ahead of May’s delayed Brexit vote – that she’s widely expected to lose:

A week before the #Brexitvote she is likely to lose & Theresa May predictably uses the NHS as a distraction.

If only the NHS might have had this much hurried attention when people were dying on trolleys in hosptl corridors.https://t.co/YTW3xhBCKE

People suggested that the news smacks of a ‘sweetener’ ahead of a possible general election:

Must be a General Election on horizon. Suddenly Tories CARE about the NHS. Don't believe a word you say. HUNT was HS for 6 yrs, but was never asked once by Tory media, why 'if he loved NHS so much' did he author book in 90s advocating 'privatisation,

Meanwhile, others also saw a more sinister aspect in the detail which pushes more blame onto individuals already broken by nine years of austerity:

The #NHSLongTermPlan is heavily about “personal responsibility” – because this government love to blame patients even as they ignore the evidence that the biggest contributors to ill-health are poverty, inequality, overwork & delays to treatment due to their cuts.

Investment in the NHS should be cause for celebration, but there’s little to celebrate in the latest cynical Tory move. Because this ten-year plan won’t even scratch the surface of the damage caused by this government. The NHS needs major surgery, not a distracting sticking plaster, to save it.