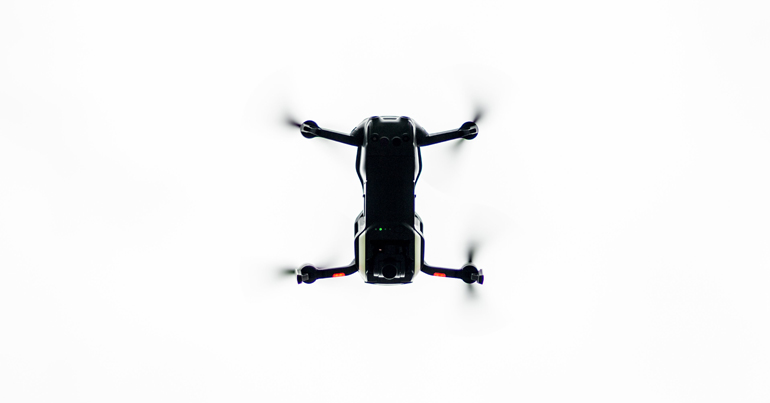 The Department for Transport (DfT) will introduce new measures around the use of drones. The announcement comes after two days of chaos at Gatwick Airport that disrupted travel for more than 100,000 people just before Christmas. But these laws are more likely to impact activists than those breaking the law.

On 7 January, the DfT published Taking flight: the future of drones in the UK. It updates existing laws on the use of drones while also introducing new ones.

Updated measures include expanding the no-fly zone around airports from 1km to 5km. New measures include requiring drone pilots to register details and pass an online test, and a proposed minimum age for ‘operators’ of 18. The ‘operator‘ is the “person or organisation who has management of the small drone but may not be directly controlling the flight”. The government and drone manufacturers will work together on “geo-fencing“; software that automatically stops drones from flying into designated spaces. Police will be able to issue fines for minor offences such as not registering. Drones can be seized for serious offences.

The DfT said the changes were decided after consultation with more than 5,000 people. In the foreword to Taking Flight, aviation minister Baroness Sugg said these changes will:

ensure safety, security and accountability of the drone industry, whilst harnessing the benefits that drones, used in a safe way, can bring to the UK economy.

Taking Flight recognises a variety of drone uses. Sugg says they can be used, for example, to:

drive more efficient ways of working, to monitor environmental change, to deliver medicines, and to assist infrastructure inspections and construction.

Activism, though, is one area notably absent from the paper. Drones have had a slow but steady take-up by activists across the country for a variety of purposes. Protectors at the Lancashire fracking site Preston New Road have made widespread use of drones. Video and still images have been used to monitor the progress of well operator Cuadrilla‘s activity. Drones have been used by anti-fracking activists at other sites as well.

Anti-fracking and anti-hunting activists are already disproportionately targeted by the law. The DfT’s new measures could increase the threat they face from repressive policing.

Writing for openDemocracy, lecturer and researcher Sarah Pickard outlined the matrix of laws and regulations that has tightened around activists since the 1980s. Political protest wasn’t the explicit target of laws such as Labour’s Crime and Disorder Act 1998. But through vague wording, these quickly became used to target campaigners and activists.

There’s an argument that laws, by themselves, don’t prevent crime but rather create crimes. Introducing new laws around drones won’t deter or prevent those with harmful intent. The police haven’t even been able to find those responsible for the Gatwick Airport incident. But activists, whose intent may only be aimed at those with power, will bear the brunt of these changes. Maybe the government intended that; maybe it didn’t. Either way, by rushing out new laws due to an embarrassing debacle, the government is once again tightening the matrix around activists.